This Friday at Bay Bridge Brewing 8PM! The BEST little brewery in Chula Vista Brings you BIJAN MOSTAFAVI!  Bijan is a genuine, belly-laugh-inducing, riot of an act. He’s won the San Diego Comedy Contest, Temecula’s Comedy Contest, the Indi.com Comedy Contest, and he’ll win your heart as a comic next. We always include a world-class lineup with our shows, and this week we’ve also got Cat Alvarado, Andrew Tarr, Maria Herman and Al Gavi! 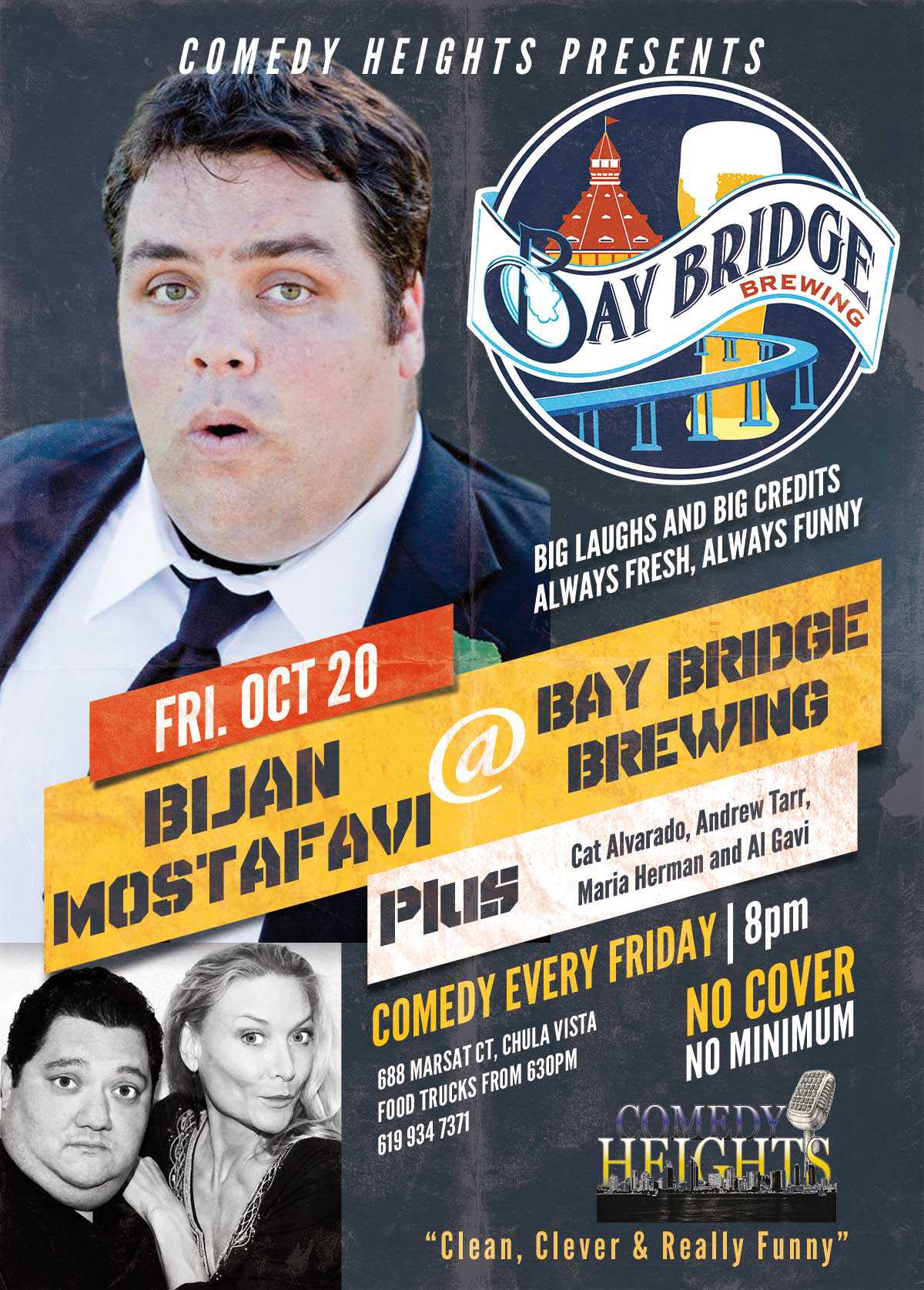