This Friday, 8PM at Bay Bridge Brewing! Will Burkart! Will Burkart is an LA based comedian who has performed at The Hollywood Improv, Irvine Improv, Cobb’s Comedy Club, and Comedy Store La Jolla. Will grew up in the San Francisco Bay Area, and launched his stand-up career in Chicago while training at Second City for improv and acting. Will performs regularly throughout SoCal and will bring his own brand of infectious storytelling to our stage tomorrow night! We’ll also have Albert Linton, Anthony Desamito, Anushka Miller, Joseph De Paul, JJ Barrows and Al Gavi! 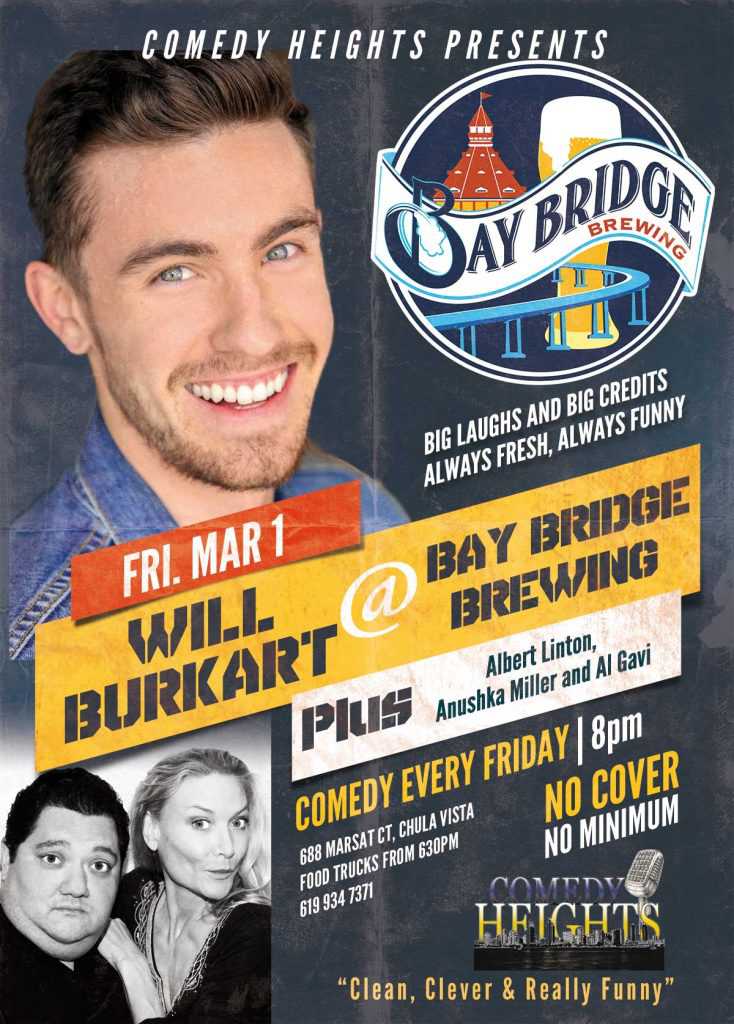