This Friday, 8PM at Bay Bridge Brewing! Steve Mazan! Mazan’s clean and clever comedy landed him on Letterman, The Late Late Show with Craig Ferguson, The Bob & Tom Radio Show, Sirius/XM Radio and more. He’s even done audience warm-up for shows such as Deal or No Deal. But of all the performances Steve has done, he is most proud of his eight trips to Iraq and Afghanistan to perform for our troops. He’s also the subject of the award-winning film “Dying to do Letterman.” We’ll also have Sean Williams, Brandon Fisher, Sam Lopez, Maria Herman and Al Gavi! 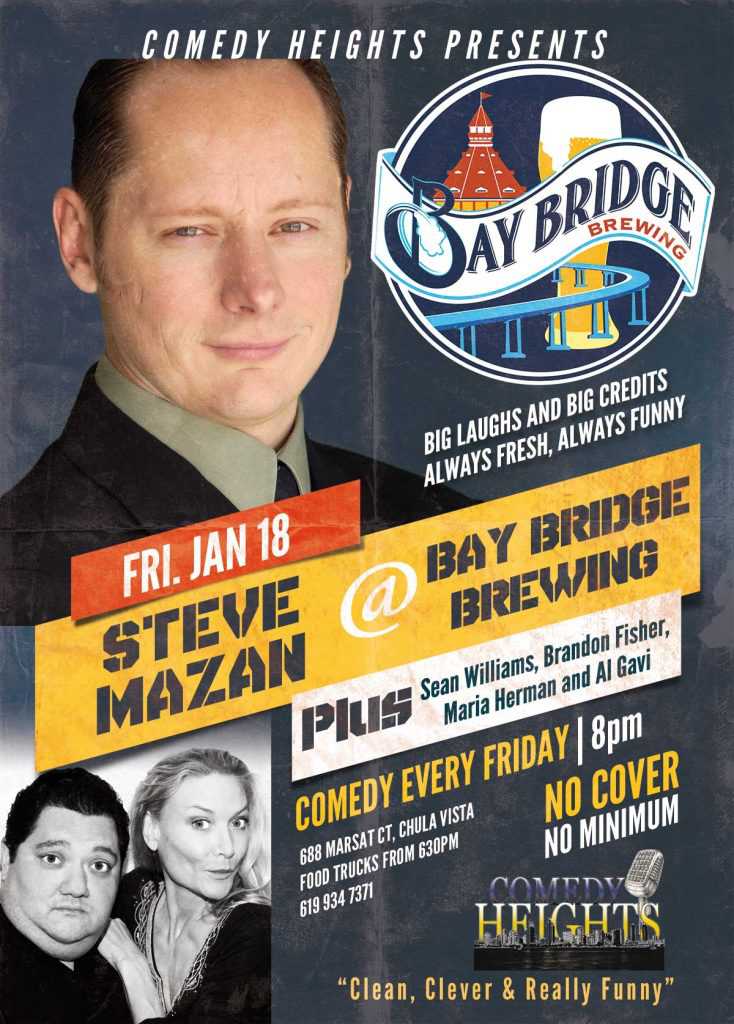