This Friday, 8PM at Bay Bridge Brewing! The best little brewery in Chula Vista brings you Allison Gill! Enjoy some delightful craft brews with the comedic stylings of the woman voted San Diego’s funniest person TWICE, and San Diego’s funniest woman.” She was selected to perform at the World Series of Comedy the last four consecutive years, and is now headlining festivals like Big Pine in Arizona.We’ll also have a world-star lineup with Kirk McHenry, Steven Ghabbour, and Maria Herman! 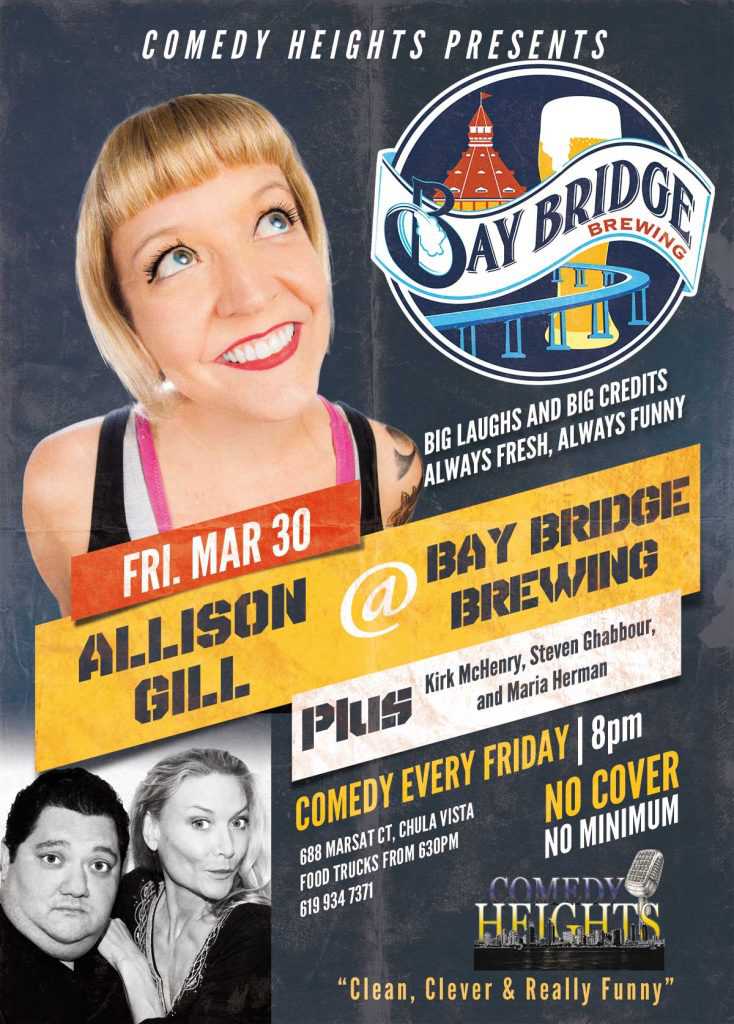