This Friday, 8PM at Bay Bridge Brewing! Rick Izquieta! Rick brings tons of laughter to the comedy shows and is one of the fastest growing comedians out there today performing at all the big clubs in L.A., Hollywood and other big cities. In Rick’s comedy routine he will share his hilarious dysfunctional family stories, his crazy view on sports and current events! You can follow Rick on Twitter, Instagram, and Facebook. We’ll also have Matt Wohlfarth , Grace Klein, Brandon Fisher and Al 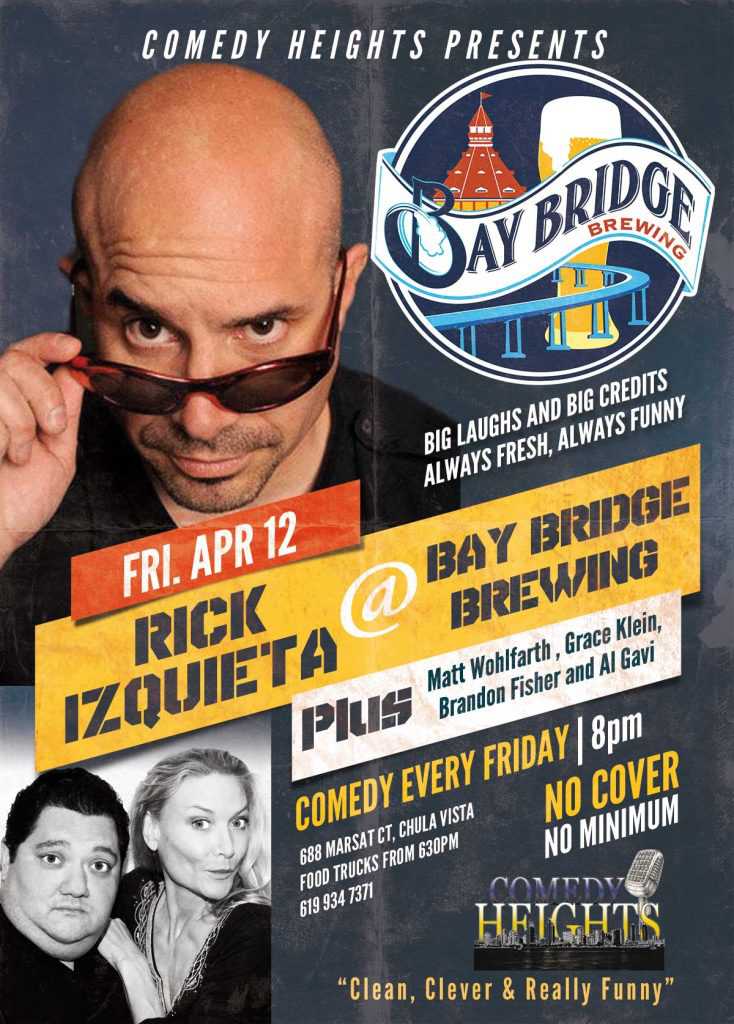