This Friday, 8PM at Bay Bridge Brewing! The best little brewery in Chula Vista brings you Ray Easter! He’s an unquestionably funny comic originally out of Washington D.C. and based in LA. He’s performed at performed at the Glendale Comedy Festival, 360 Comedy Festival, and the NW Black Comedy Festival. We’re thrilled to have him on the Comedy Heights stage along with Isak Allen, Ron Taylor, and Al Gavi! 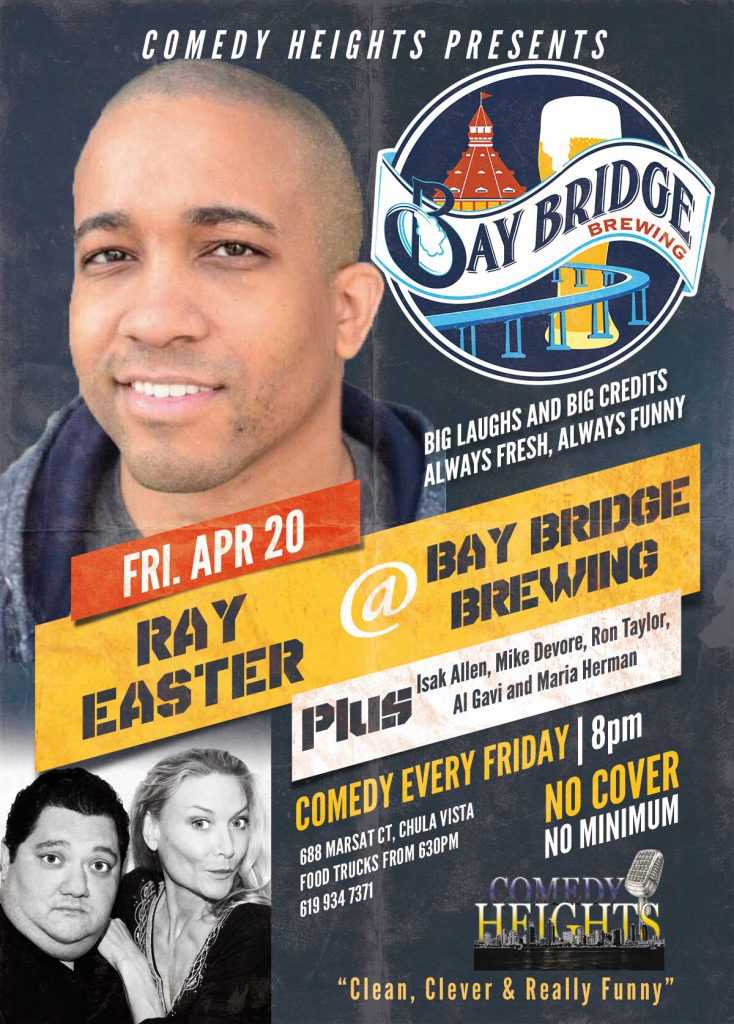