This Friday, 8PM at Bay Bridge Brewing! Quincy Johnson! Quincy is an actor/comedian who has made appearances on television shows such as Community, Black-ish, VH1’s Walk of Shame, and Real Husbands of Hollywood. He’s been performing his observational style of comedy for more than nine years, and we can’t wait to have him up on our stage this week. We’ll have him up alongside Quincy Weekly, David Rosenberg and host Al Gavi! 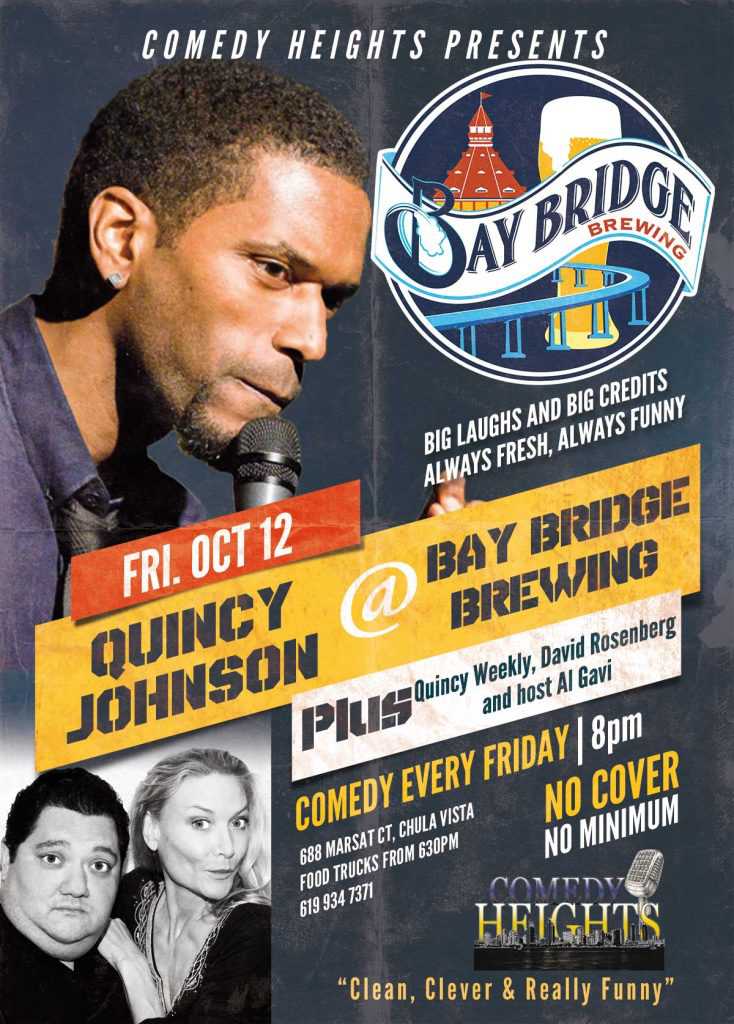