This Friday, 8PM at Bay Bridge Brewing! Patrick Deguire! Patrick started performing stand up after losing a significant amount of his vision because of an eye disease called optic neuritis and discovering laughter to be self therapeutic. Soon after getting started, Patrick won the Improv/ Harrahs National Comedy Club Talent Search. Patrick has appeared on national television numerous times including Comedy Central and ‘Que Loco’ on Galavision among others. He has been heard on the national syndicated radio show ‘The Bob and Tom Show’ and NPR. Patrick has toured/ performed with such comedians as Dave Attell, Tommy Davidson, George Lopez and Paul Rodriguez.. We’ll also have Raul Zambrano, Grant Mueller, Alec Parent, Alan Henderson and Al Gavi this week, so don’t miss out! 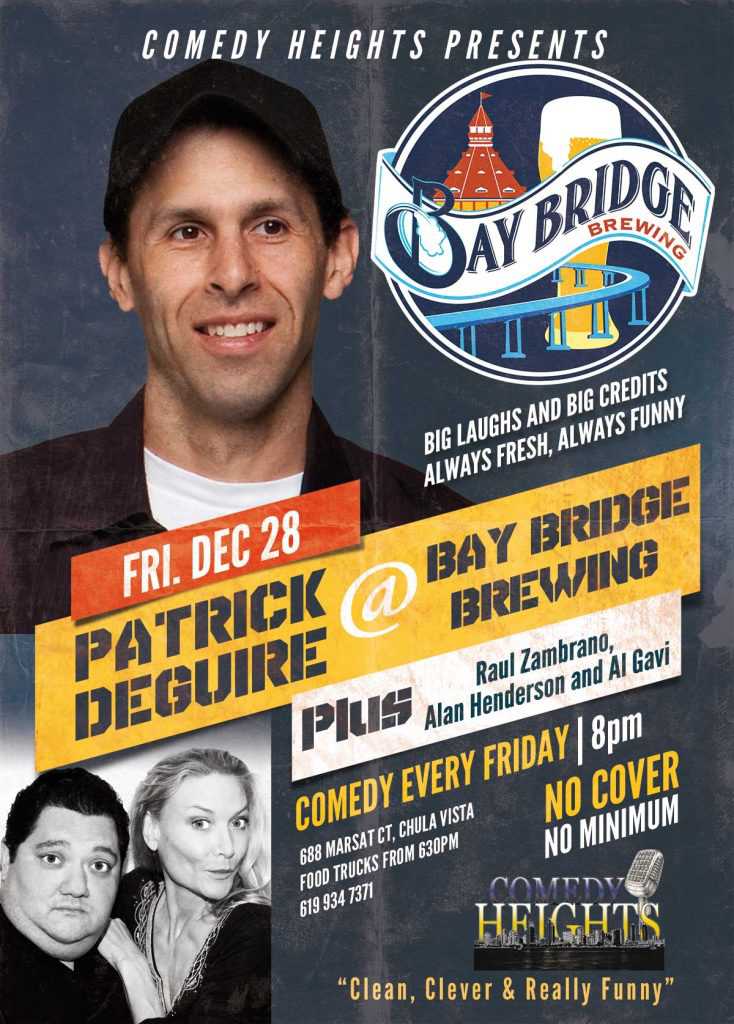