This Friday, 8PM at Bay Bridge Brewing! The best little brewery in Chula Vista brings you Nick Petrillo! Nick is an absolutely hilarious up-and-coming LA comic that we’re thrilled to have with us. He’s performed at just about every notable comedy club in San Diego and this Friday, we’ll have his unique energy on the Comedy Heights along with awesome food trucks, and killer brews at Bay Bridge Brewing! We’ll have him up alongside Chris Adams, Zara Kahn, Al Gavi and Maria Herman! 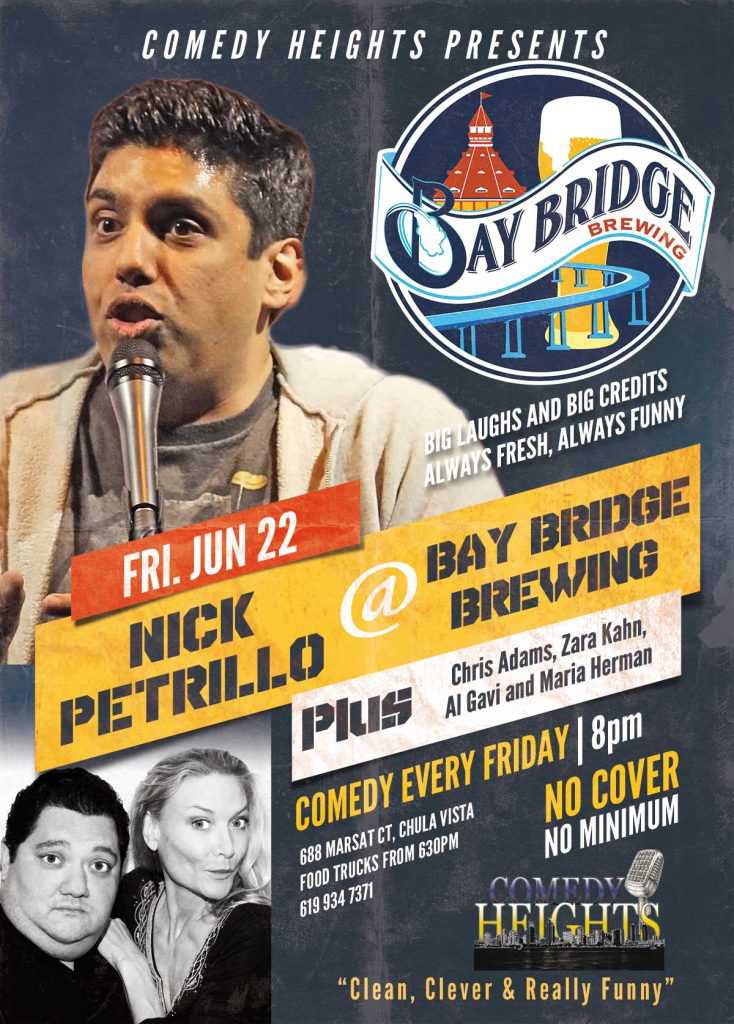