This Friday, 8PM at Bay Bridge Brewing! The best little brewery in Chula Vista brings you Neel Nanda! He’s an incredible new comic that has appeared on ABC’s JIMMY KIMMEL LIVE & has acted and performed on COMEDY CENTRAL’s ADAM DEVINE’S HOUSE PARTY. He has also appeared on MTV and on IFC’s GARKUNKEL AND OATES SHOW. Neel has also performed stand up comedy on HULU’s COMING TO THE STAGE, Oxygen’s FUNNY GIRLS & on several episodes of the series FLOPHOUSE for VICELAND directed by Lance Bangs. We’ll also have a world-star lineup with Andrew Tarr, Dave Callans, Al Gavi and Maria Herman! 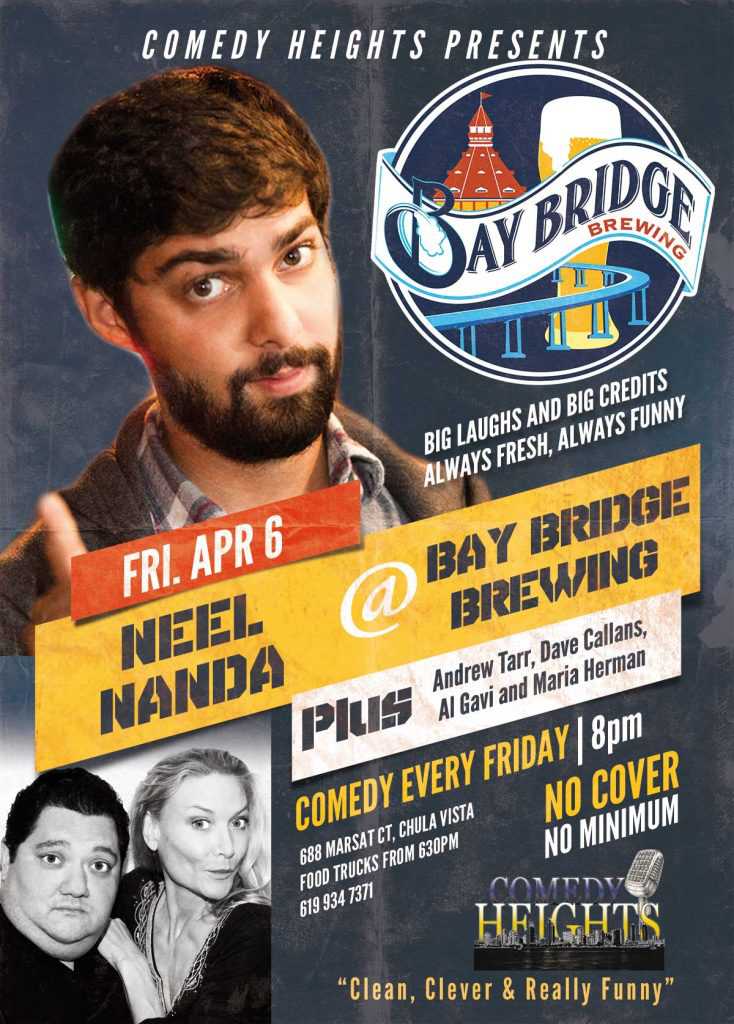