This Friday, 8PM at Bay Bridge Brewing! Mike Eshaq! Mike Eshaq has a unique angle in my comedy being Middle Eastern, raised Muslim and served as a United States Marine. Some of his credits include being on ‘Detroiters’ on Comedy Central and ‘Grace and Frankie’ on Netflix. Also, Mike placed as a finalist in seven out of the eight competitions  for The World Series of Comedy! We’ll also have Cat Alvarado, David Wiser, Lisa Gilbert and Al Gavi! 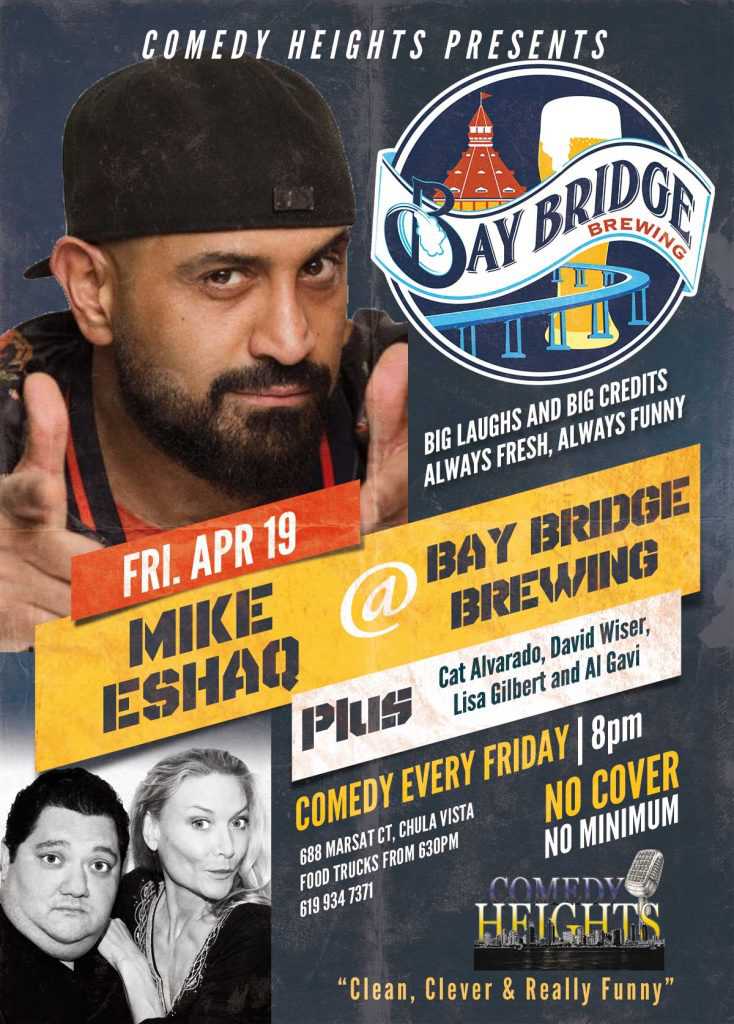