This Friday, 8PM at Bay Bridge Brewing! Matt Stanton! Matt is a touring standup phenom and fourteen year comedy veteran with more than 100 venues and 20 colleges under his belt, his smooth delivery and style will have you laughing it up this Friday. We’ll also have a world-class killer lineup with Dewey Bratcher, Ellen Sugarman, Andrew Tarr, Maria Herman and Al Gavi! 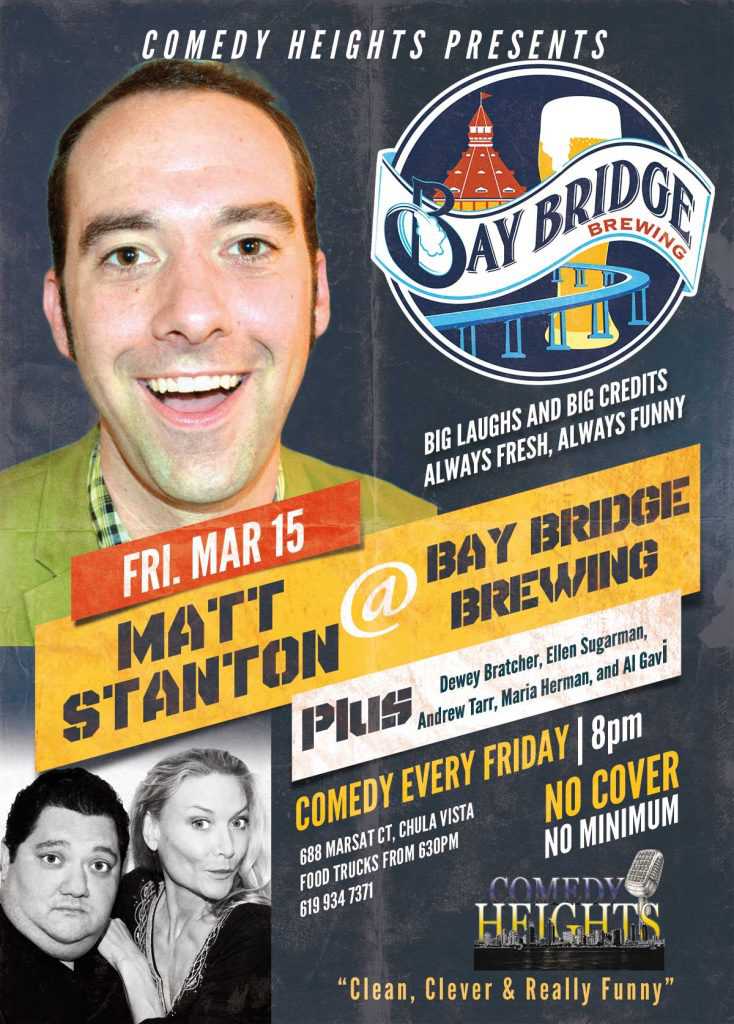