This Friday, 8PM at Bay Bridge Brewing! Matt Donaher! Comedy Central named Matt one of their “Comics to Watch” and the Boston Phoenix named him the best comedian in Boston. Matt was also the winner of the Magner’s Comedy Festival and has been featured in the Glasgow International Comedy Festival in Scotland, the Bridgetown Comedy Festival in Portland, the Eugene Mirman Comedy Festival in NYC and was one of twenty comedians hand picked by David Letterman’s Talent Coordinator to perform in the Johnny Carson Great American Comedy Festival in Norfolk, NE. We’ll also have David Dorward, Andrea Guzzetta and Al Gavi this week, so don’t miss out! 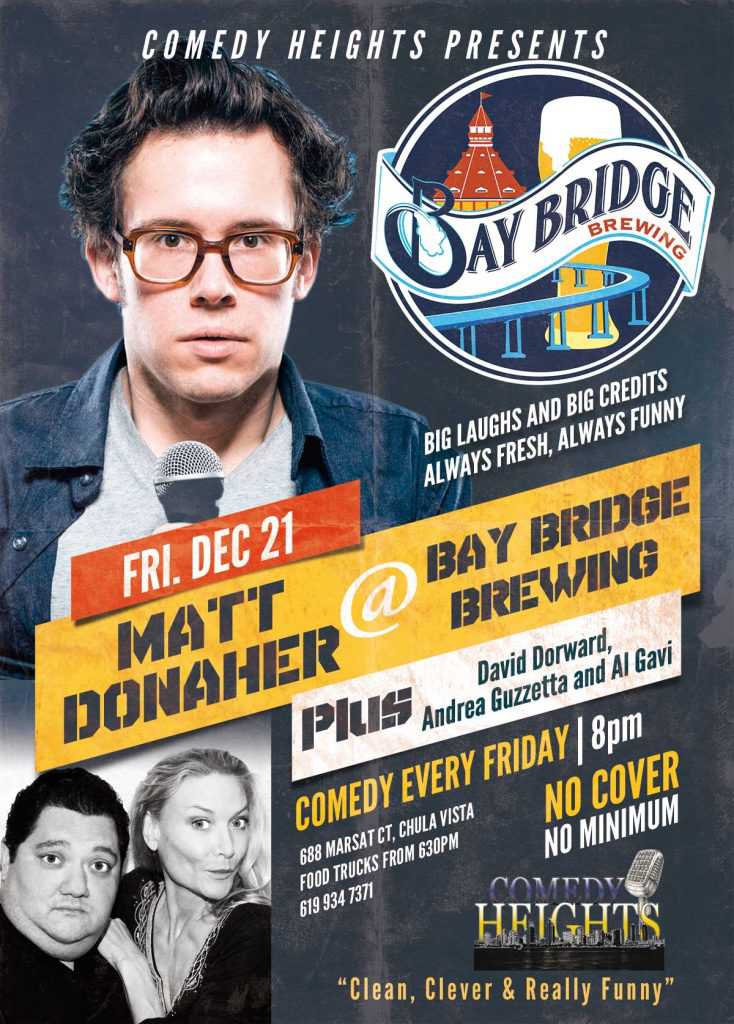