This Friday, 8PM at Bay Bridge Brewing! The heart of independent brewing in Chula Vista brings you Julio Gonzalez! Still considered new to the comedy world, Julio has built a following with his stage presence, jokes and funny face. Julio’s comedy is based on his experiences from people reminding him he’s fat, to relationships and just having fun with life! We’ll have him up alongside Alfonso Ochoa, Rui Montilla, Anne Flagg, and Adam Connie this Friday! 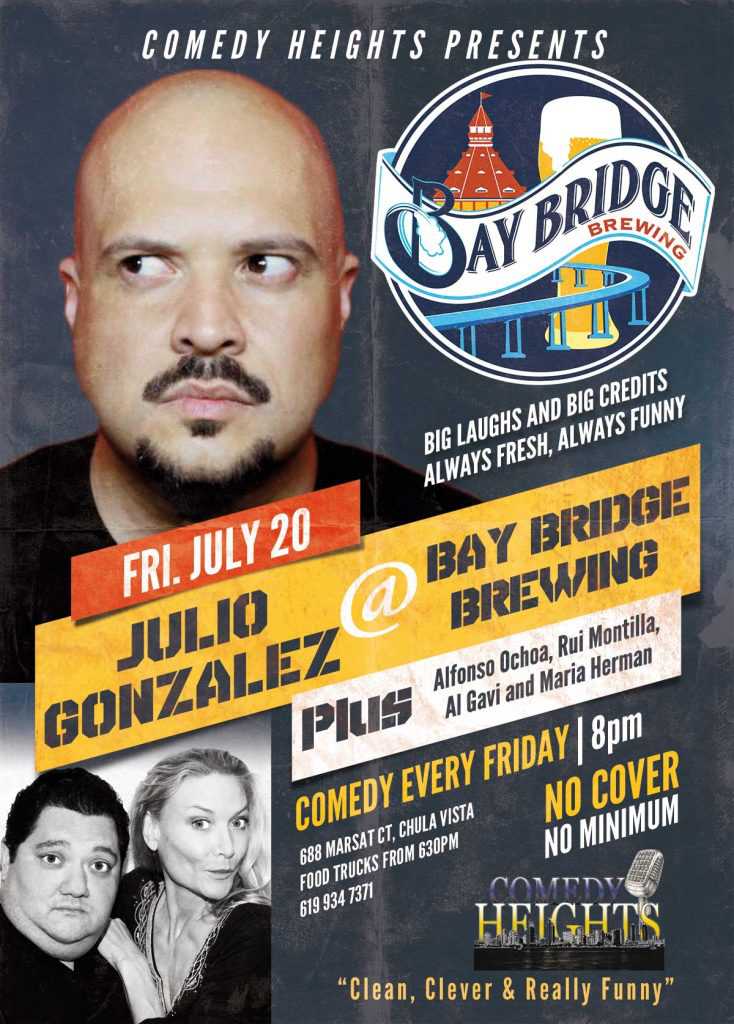