This Friday, 8PM at Bay Bridge Brewing! Julian Fernandez! . He started doing stand up at 18 and his comedy has been featured on shows like First Impressions with Dana Carvey, Laughs on Fox, and has made an appearance on Sports Center with Neil Everett on ESPN. He has performed along side comedians like Anjelah Johnson, Bill Burr, Wendy Liebman, Taylor Williamson, and Adam Ray.  He’ll perform Friday with Chris Clobber, Andrew Tarr, and Maria Herman! 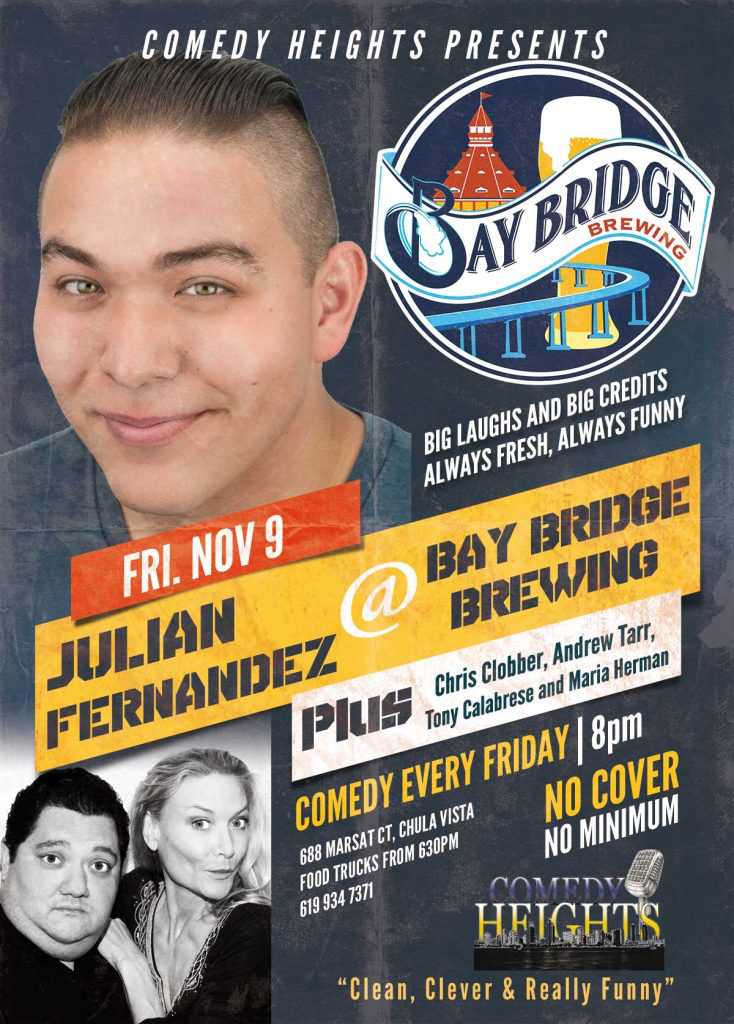