This Friday, 8PM at Bay Bridge Brewing! The best little brewery in Chula Vista brings you Johnny Beehner! Johnny has performed with Chicago’s prestigious Second City, as well as the Upright Citizens Brigade in Los Angeles. This Friday, we’ll have his unique energy on the Comedy Heights, awesome food trucks, and killer brews at Bay Bridge Brewing! We’ll have him up alongside David Rosenberg, Brian Blank, Diya Basrai and Adam Connie! 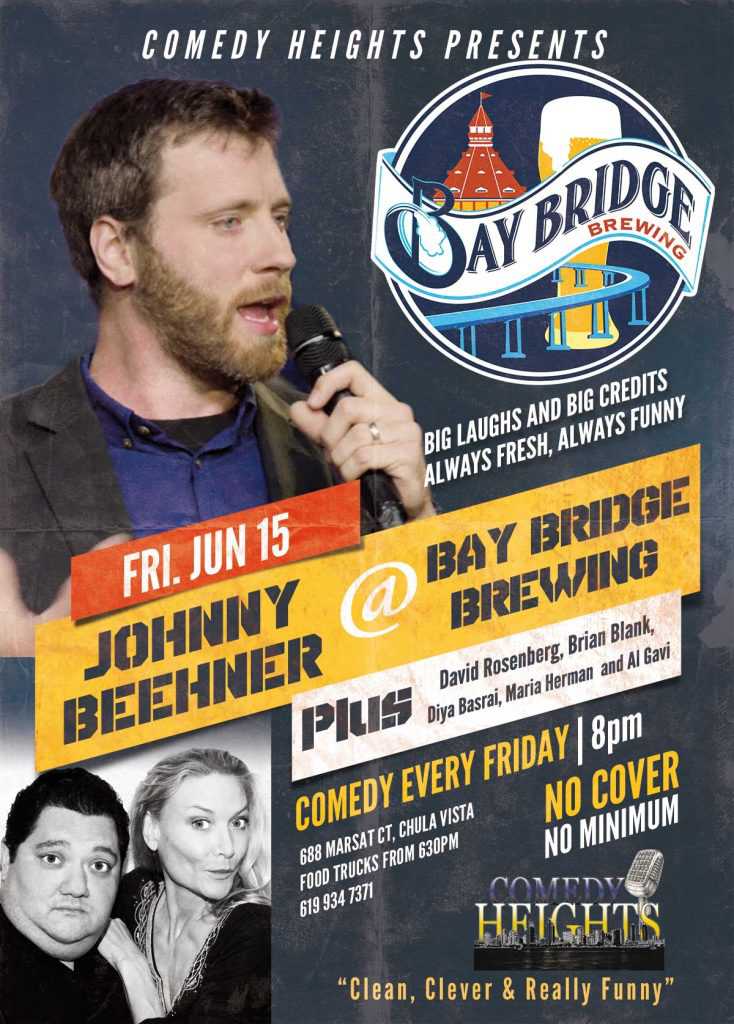