This Friday at Bay Bridge Brewing 8PM! Come out and enjoy the hilarious Jeff Hodge! Jeff is a multitalented comedian who has also written several successful and humorous books and material for The Steve Harvey Radio Show, Arsenio Hall, George Lopez and the Keenan Ivory Waynans Show. He’s opened for George Lopez and Arsenio Hall, and we’re thrilled to have him at the BEST Little Brewery in Chula Vista alongside TK Kelly, Maria Herman and Al Gavi this Friday! 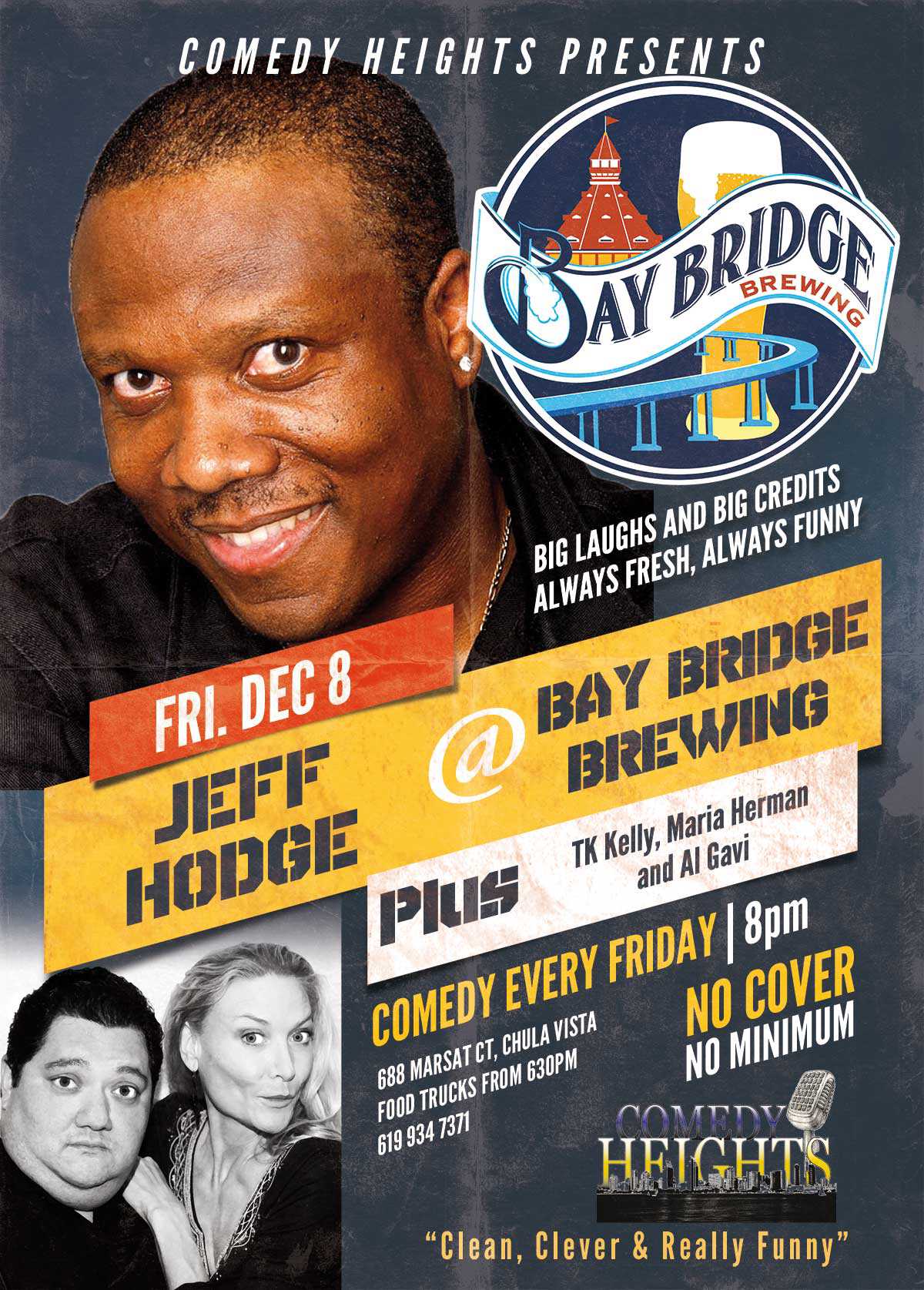