This Friday, 8PM at Bay Bridge Brewing! James Schrader! In 2017 James won the San Diego Funniest Person Contest and had a daughter. In 2016 he sailed 1100nm from La Paz Mexico to San Diego and married his best friend on Vashon Island. His adventurous, mischievous and inquisitive observations of the human experience guide audiences through the ups, downs and norms of life on this planet. We’ll have him up alongside Will Burkart, Alfred Konuwa, Charla Lauriston, Niel Singh and host Al Gavi! 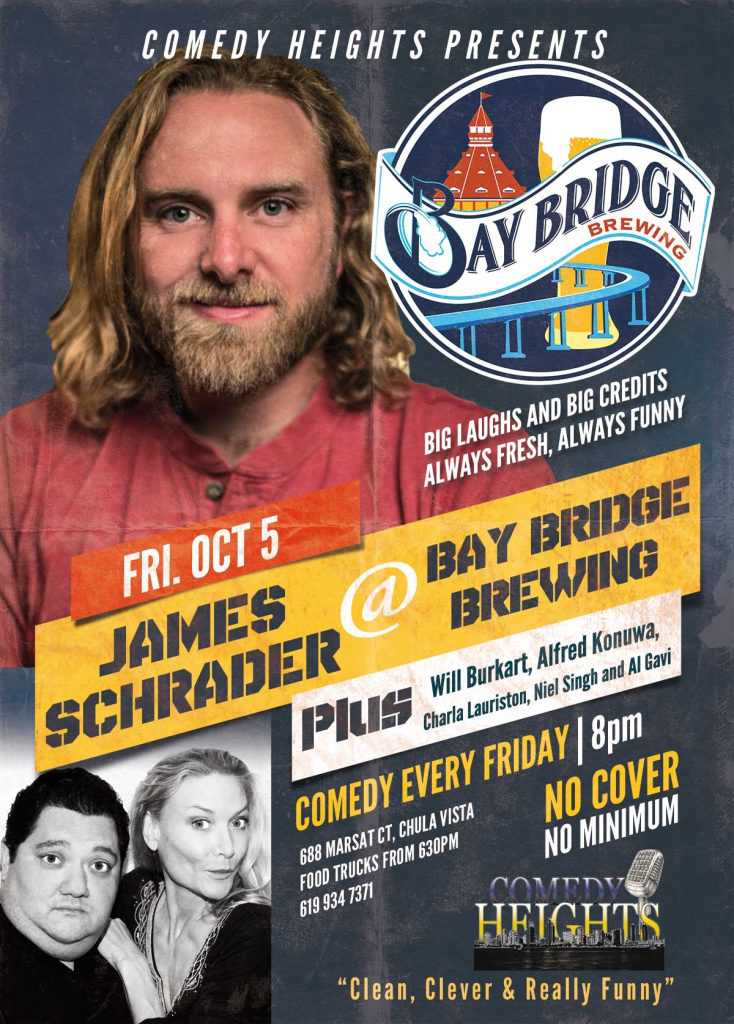