This Friday, 8PM at Bay Bridge Brewing! Daniel Eachus! Daniel is a rising young star in the comedy world. Even at such a young age, Eachus has the chops of a comedy veteran and people are taking notice. After he got his start in college and one year of nightly performances, he became the youngest finalist ever in the “Funniest Comic in Los Angeles” contest held at the Jon Lovitz Comedy Club. He’s been entertaining audiences ever since. We’ll also have Marc Takemiya, Alfred Konuwa, Gina Manning and Al Gavi! 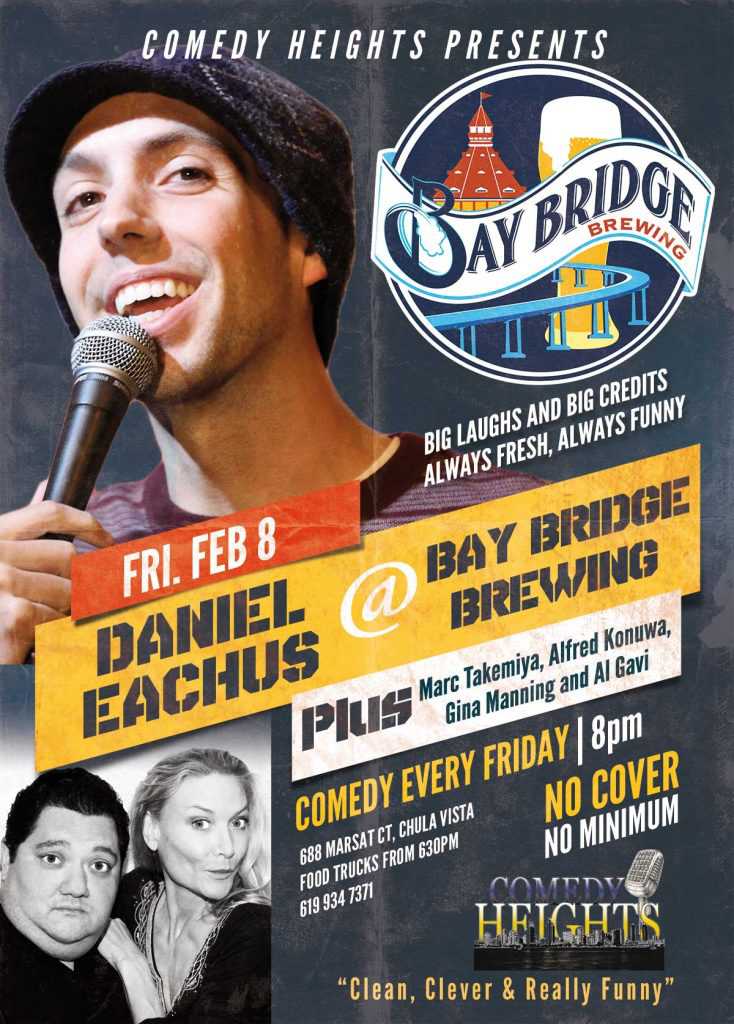