This Friday at Bay Bridge Brewing 8PM! A bona fide San Diego Stand-Up favorite, Tony Calabrese! He regularly performs at The Comedy Store, The Comedy Palace, The Madhouse Comedy Club and other San Diego and L.A. clubs and venues. It’s hard to find another comic with a style and delivery as unique as Tony’s, so treat yourself to some laughs and brews at the best little brewery in Chula Vista this Friday! Comedy Heights always comes with a strong lineup, and this week we’ve also got Lynn Stein, David Rosenberg, Maria Herman, and Al Gavi! 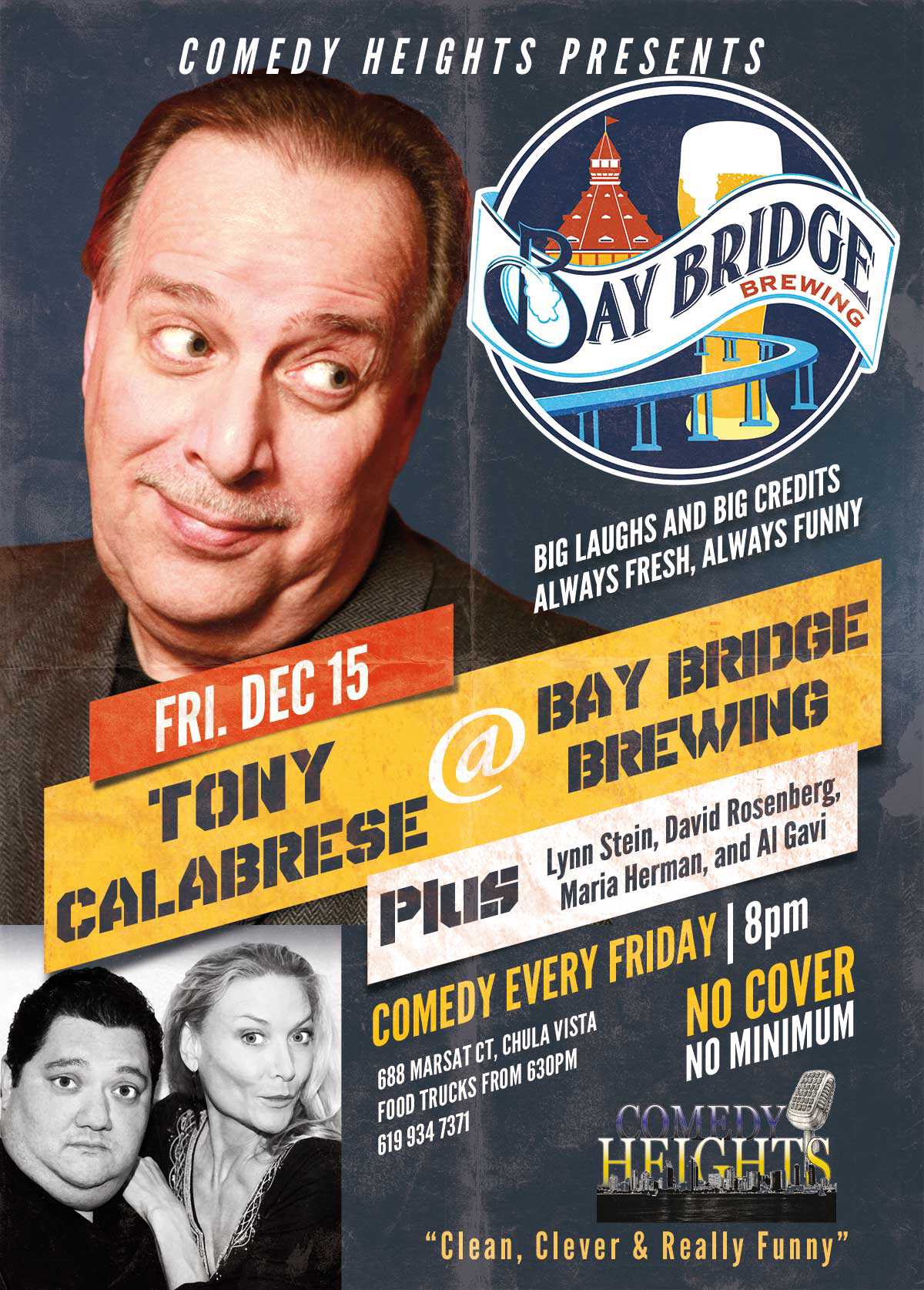