This Friday, 8PM at Bay Bridge Brewing! Brandon Vestal! Vestal has made his mark in the world of Comedy Competitions and Festivals. He was the winner of the Hollywood Comedy Festival, crowned “Best of the West” at the Detroit Comedy Festival, a finalist at the World Series of Comedy in Las Vegas, and a semi finalist at the Laughing Skull Comedy Festival two years running. After his years in the trenches, this insightful storyteller’s work has really begun to pay off. Brandon has appeared on NBC’s Last Comic Standing, Man Up Stand Up, Comedy Time TV, and FOX’s Laughs. He can also be heard on XM/ Sirius’s “Blue Collar” and “Raw Dog” channels as well as The Bob & Tom Show. We’ll also have Sarah Burford, Johnny Herrera, Tony Calabrese, Neil Singh, Maria Herman and Al Gavi! 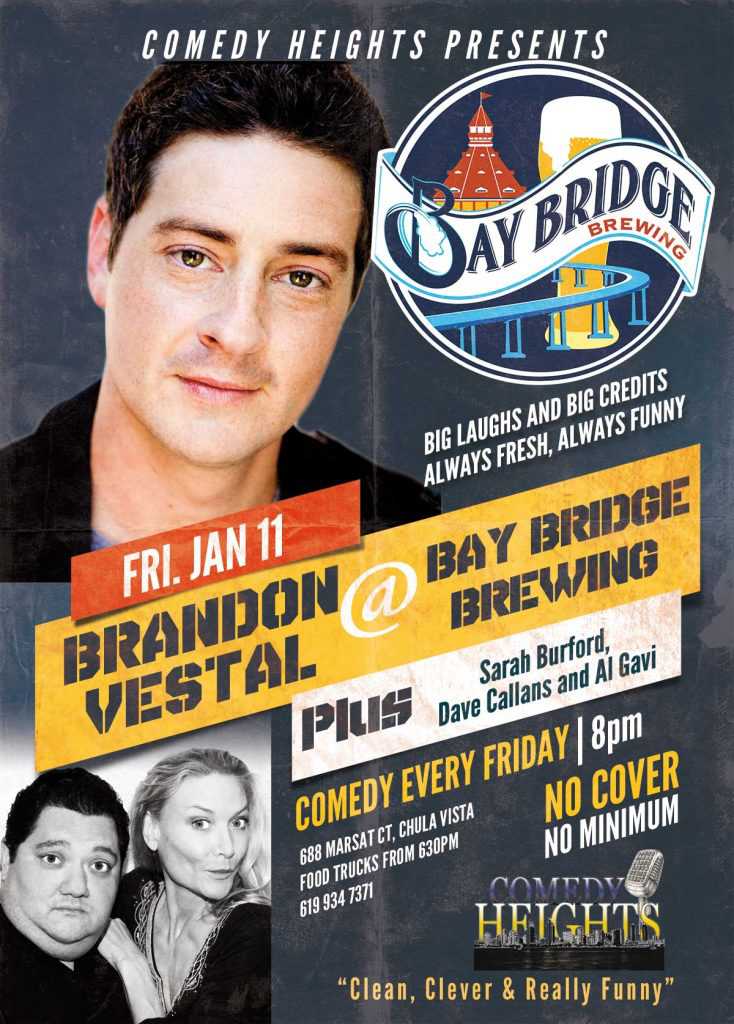