This Friday, 8PM at Bay Bridge Brewing! Alfonso Ochoa! Through his act you will get to know Alfonso Ochoa as the white washed Mexican, divorcée, blackjack dealer and ex fat guy. With his likeable stage persona and well crafted jokes, it’s no wonder his fan base is rapidly growing. Alfonso has been seen on the Comedy Time network and has been featured on national television twice on “Laughs” on Fox. We’ll also have Lisa Gilbert, Dave Callans, Austin Train, Jonathon Burrello, and Al Gavi! 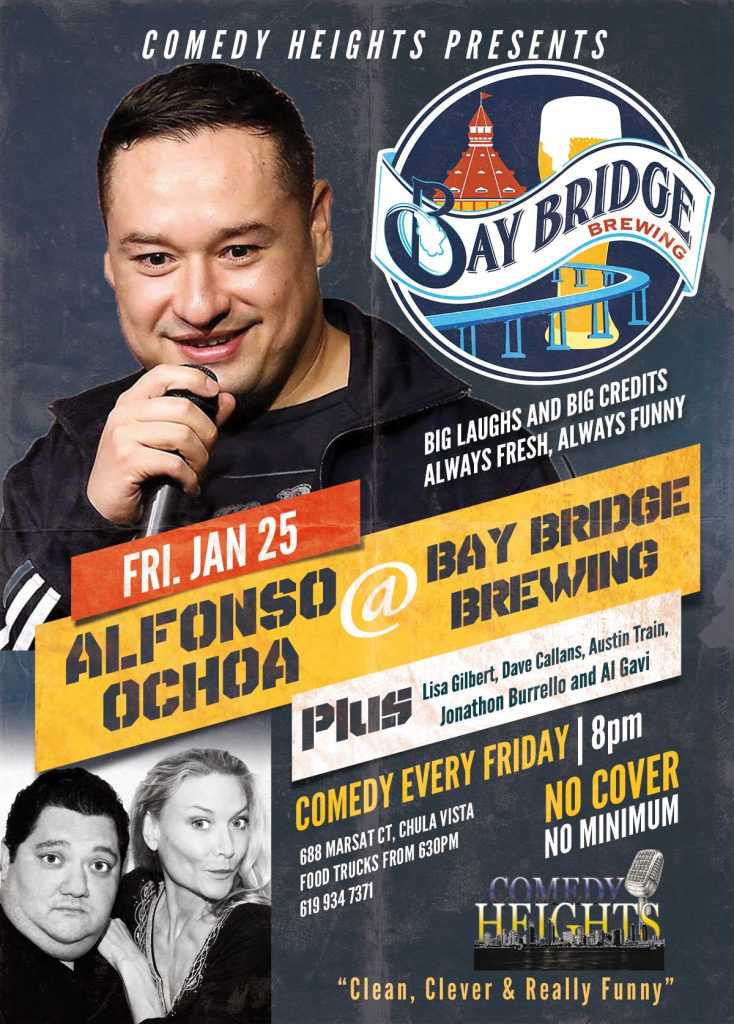