This Friday, 8PM at Bay Bridge Brewing! Bijan Mostafavi! Bijan is a genuine San Diego classic comedian. He won the San Diego Comedy Contest, was a finalist in the San Diego’s funniest person contest, and has appeared on UTTV on the Kaplan at Night show on Cox. He’s a truly unmissable comic that we love love having on our shows, and he’ll be on our stage Friday with a huge lineup including Kase Raso, Saku Yanagawa, Ori Amir, Jordan Parker, Matt Byrd and Al Gavi! 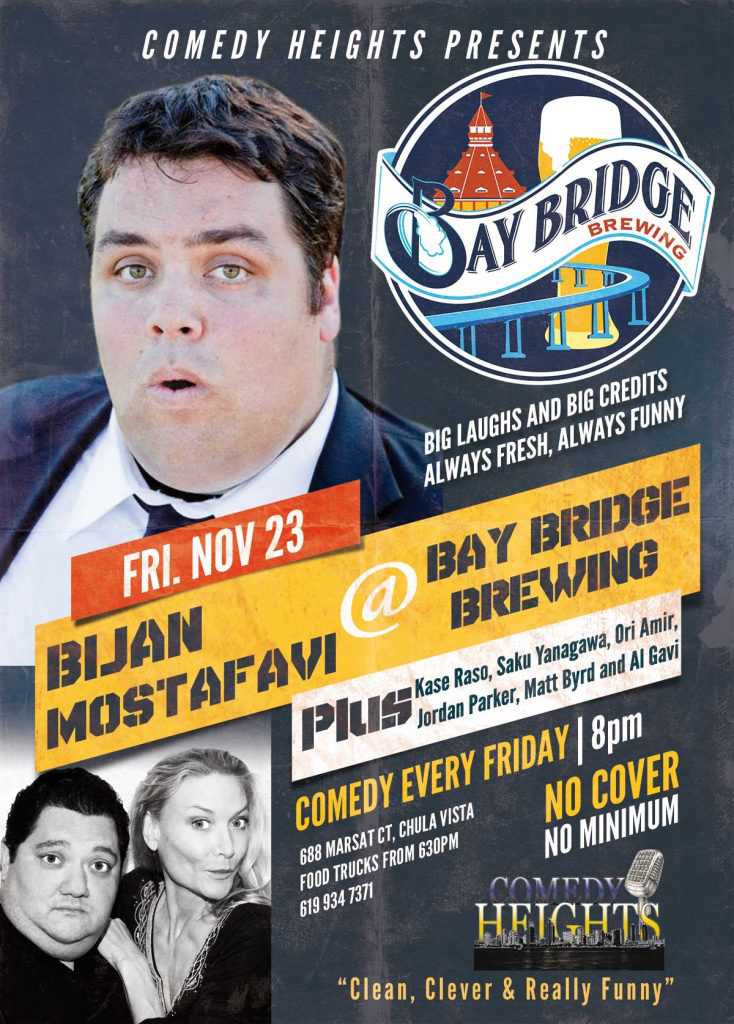