This Friday, 8PM at Bay Bridge Brewing! Amazing LA-based roast comedian Connor McSpadden comes to the best little brewery in Chula Vista!  He hosts the scripted comedy podcast “Mean Boys” on the Starburns Audio network. He’s been featured in comedy festivals like Riot LA, The San Francisco Comedy Competition and the Ventura Comedy Festival in which he beat out over 100 other comedians to win in 2016.  We’ll have him up alongside David Dorward, Matt Stanton, Al Gavi and Maria Herman this Friday! 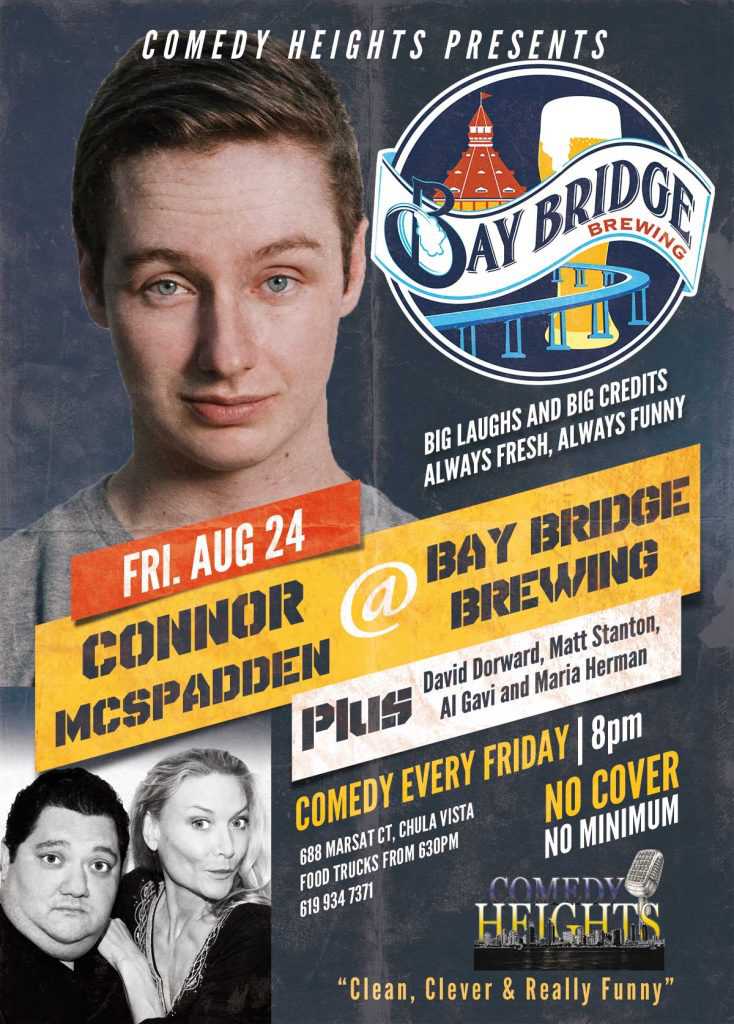