This Friday, 8PM at Bay Bridge Brewing! The best little brewery in Chula Vista brings you Stephen Furey! He won second place in the 2014 & 2015 Sacramento Comedy Competition, which featured more than 75 comics from all over the country. With an ever-growing fan base, Stephen is quickly gaining momentum as one of America’s brightest and funniest up-and-coming comedians. We’ll have him this weekend onstage along with Bryan Dey, Luis Arevalo, Aaron Sutherland, Christian Duran, Maria Herman, and Al Gavi! 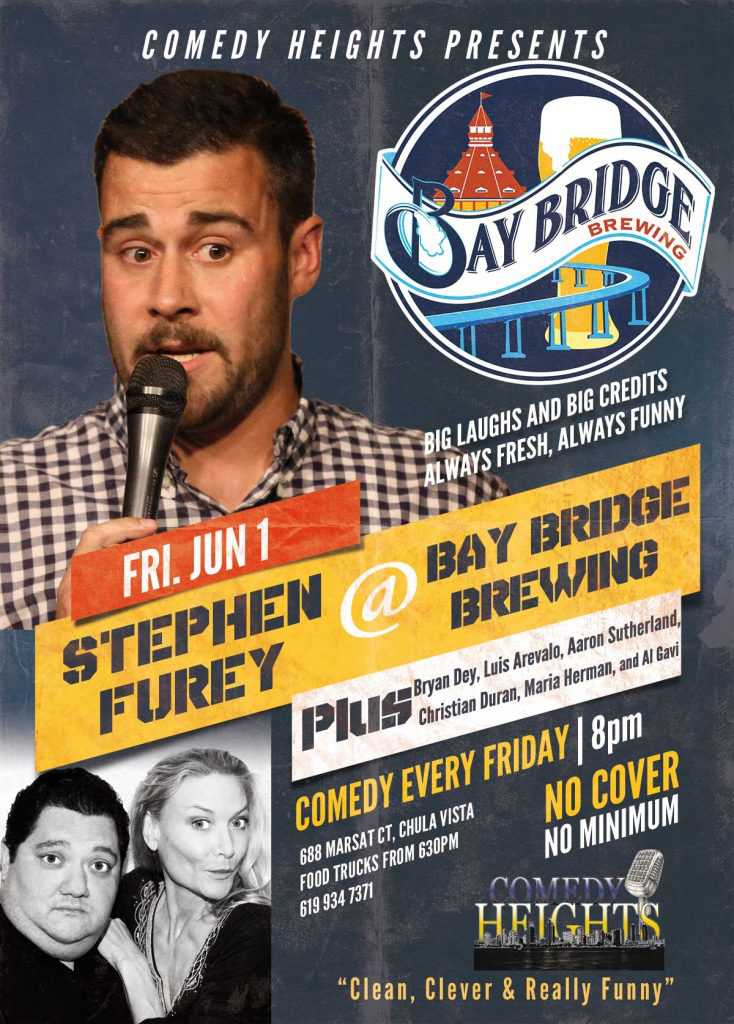