This Friday, 8PM at Bay Bridge Brewing! The best little brewery in Chula Vista brings you Erik Knowles! An ex-marine and more than ten-year comedy veteran, Erik was a finalist at the California Comedy Festival, The World Series of Comedy in Las Vegas (2010), and has performed in comedy clubs and casinos, and military bases all over California, Arizona, Nevada, and Texas. We’ll have him this weekend onstage along with Tre Stewart, Matt Donaher, Quincy Weekly, Alex Caine, Dave Bressoud, Al Gavi, and Maria Herman! 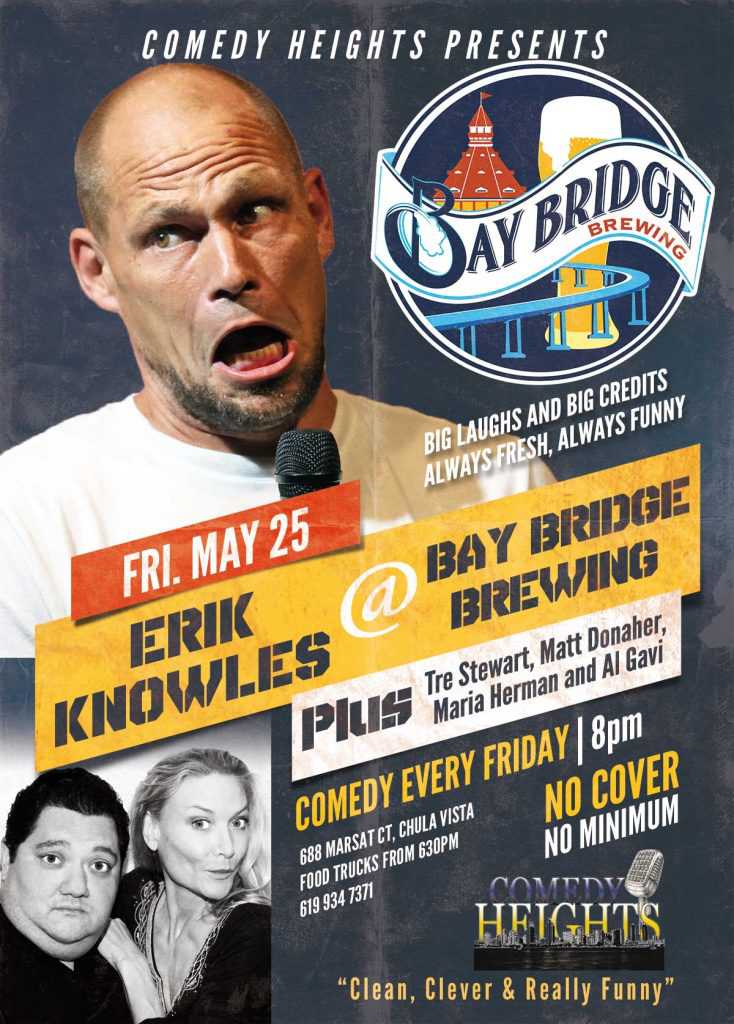