This Friday, 8PM at Bay Bridge Brewing! The best little brewery in Chula Vista brings you Jesse Egan! Jesse is one of the funniest comics in Southern California, having won the San Diego’s funniest person contest. He’s also the weekly host of San Diego’s own late night TV talk show every Saturday, and we’re thrilled to have him. We’re have him this weekend onstage along with Bijan Mostafavi, Austin Train, Chet Wild and Adam Connie! 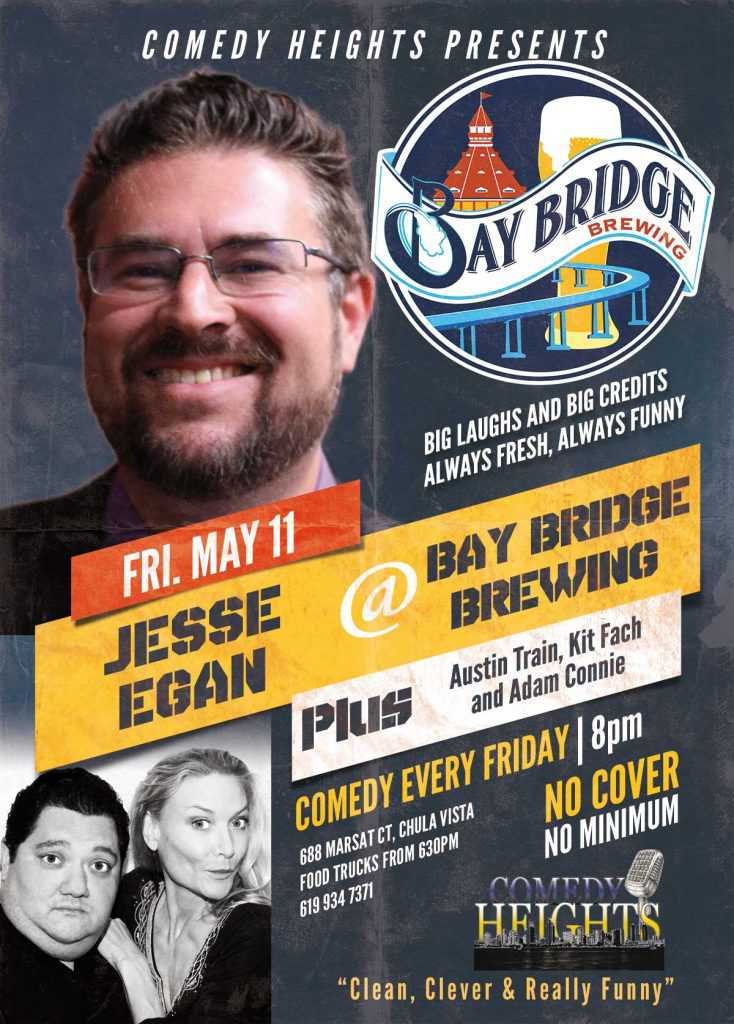