This Friday, 8PM at Bay Bridge Brewing! The best little brewery in Chula Vista brings you Jeff Capri! Enjoy some delightful craft brews with the comic that the LA Times called “…consistently fun, spontaneous, smart and witty.” Capri has a keen observational style that has earned him time on stages around the world, and we’re thrilled to have him. We’ll also be bringing  a world star lineup to the show with Chris Clobber, Bill Jubran, Robert Weems, Al Gavi and Maria Herman, so it’s gonna be amazing! 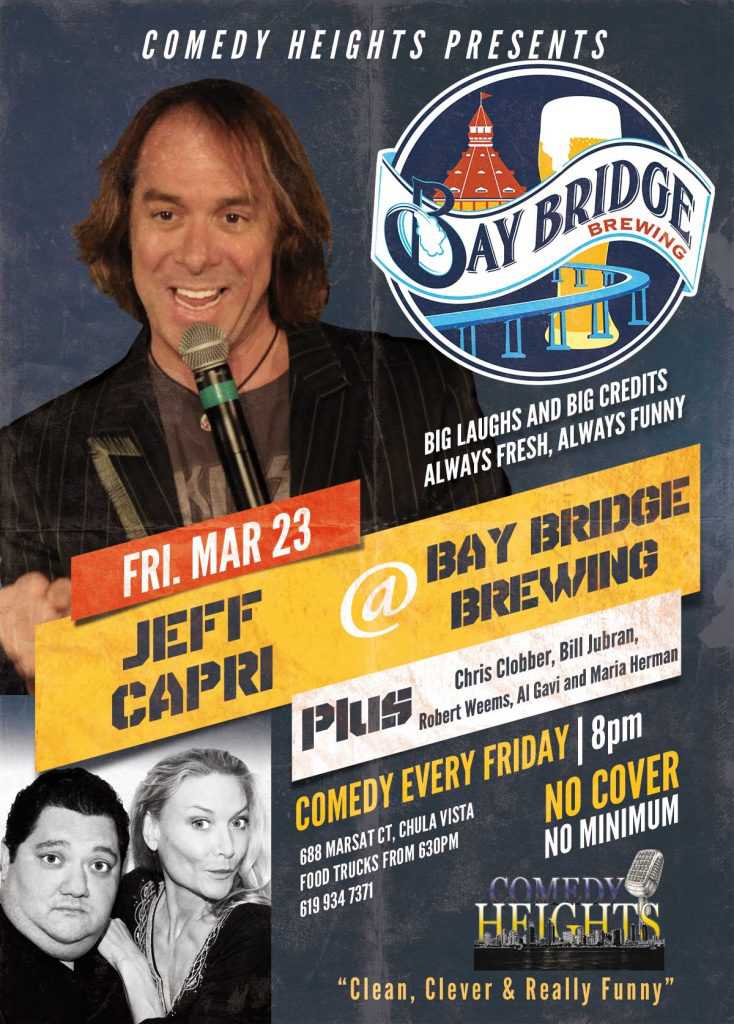