This Friday, 8PM at Bay Bridge Brewing! The BEST little brewery in Chula Vista and Comedy Heights bring you Patrick Deguire and awesome independent brews! He’s won the Improv/Harrahs National Comedy Club Talent Search, and has appeared on Comedy Central and ‘Que Loco’ on Galavision among others. It’s sure to be an awesome show, with Allison Gill, Tyson Faifer, Kendrick Smith and Al Gavi! 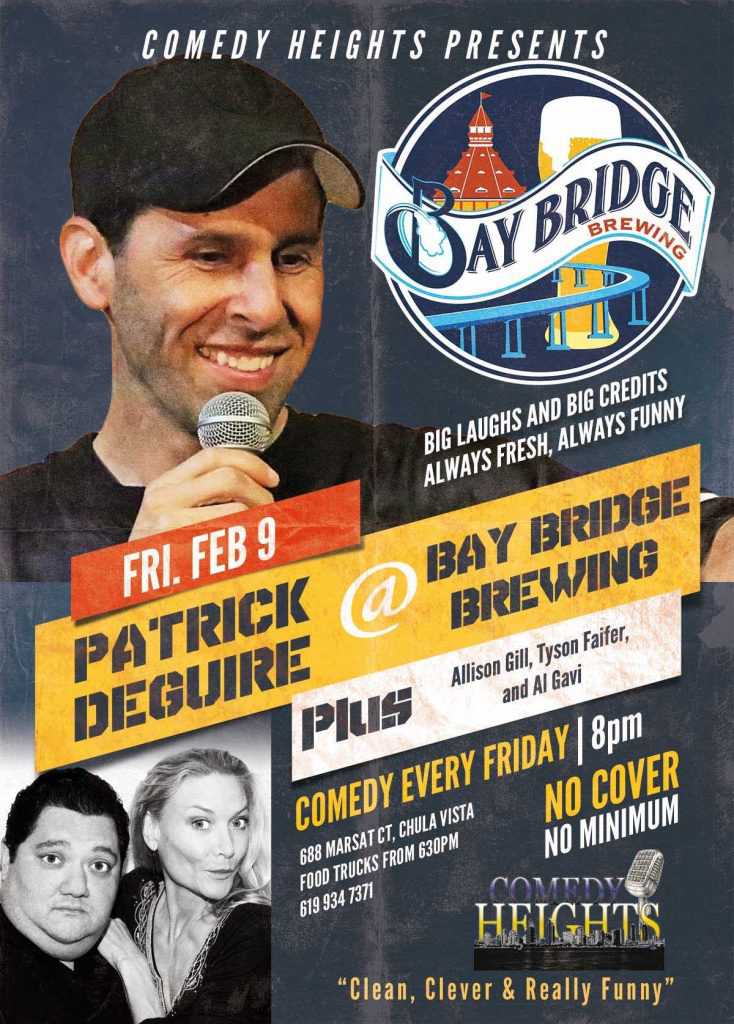