8PM Friday January 12th at Bay Bridge Brewing! Jason Cheny keeps the funny coming in 2018 at the Best Little Independent Brewing Company in Chula Vista! Jason is amazing nationally touring comedian that we’re thrilled to present to you this weekend.  His anecdotes about family, culture, and society, ring with an optimistic vigor. Notably, Jason won The World Series of Comedy, appeared on ‘Laughs’ on Fox, and regularly tours back in Asia including Singapore, Hong Kong, China, and Taiwan. 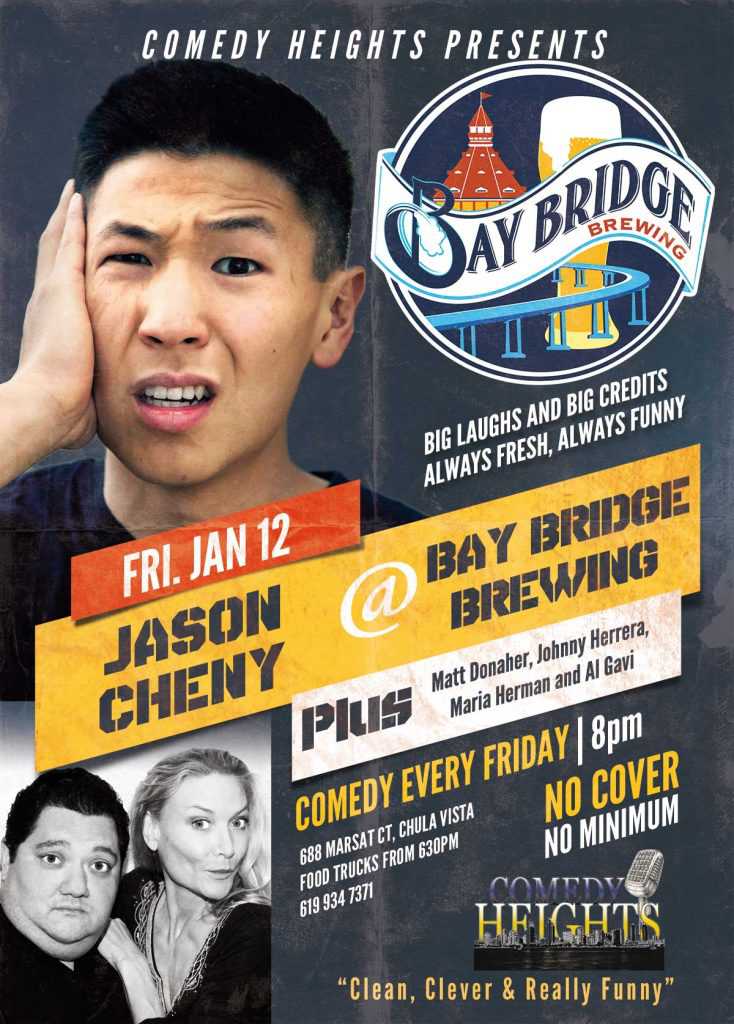