This Friday at Bay Bridge Brewing 8PM! The heart of independent brewing in Chula Vista Brings you Lang Parker! Lang is a well-known comic who regularly tours the United States and wows audiences with her impressive comedic timing. Her instant likability on and off camera and impressive writing skills gained her national attention on Last Comic Standing AND she won the California’s Funniest Female Contest. We’re also bringing Laura Hayden, Tyson Faifer, Maria Herman and Al Gavi to the stage for an awesome show. 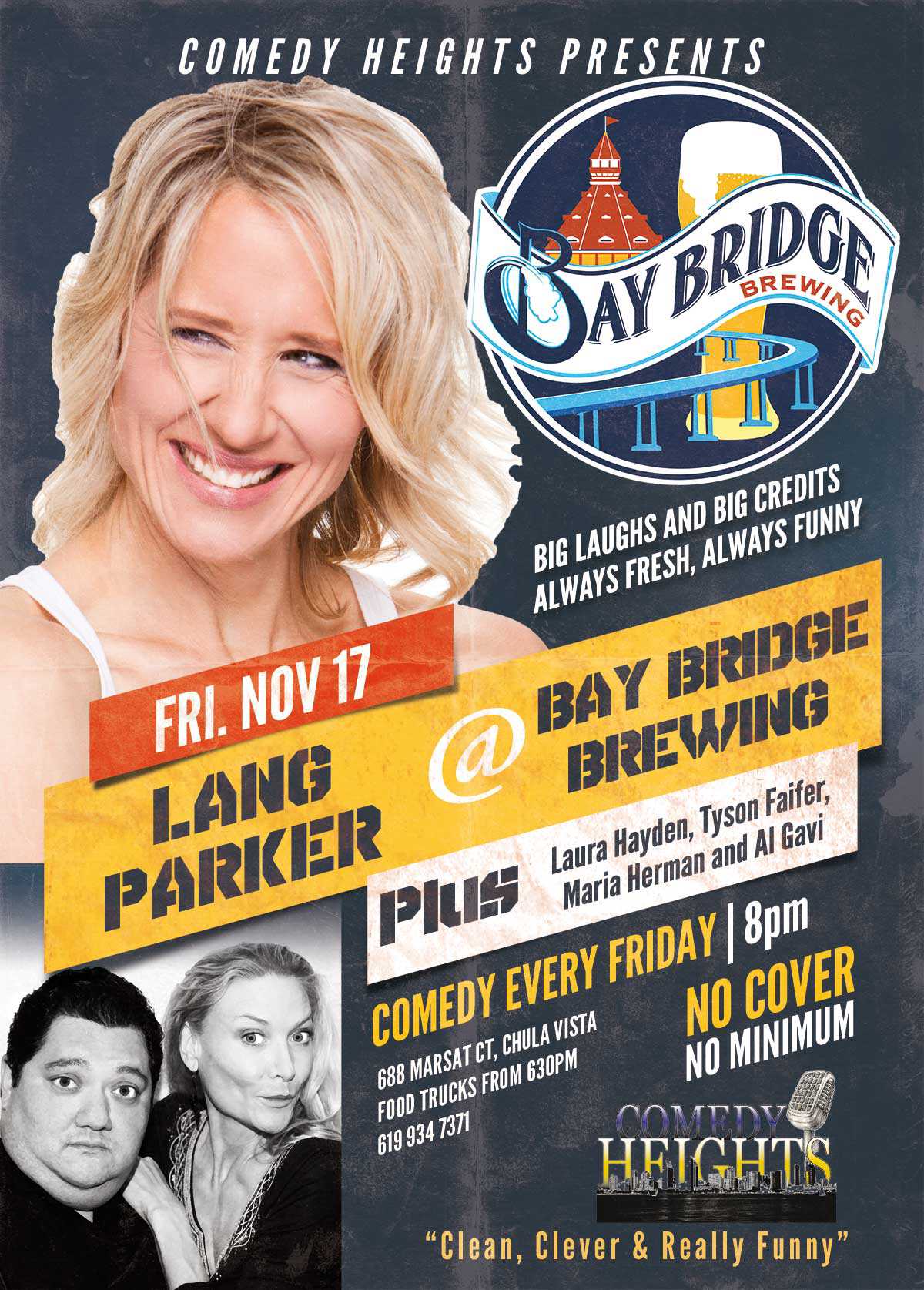