This Friday at Bay Bridge Brewing 8PM! The BEST little brewery in Chula Vista Brings you Julian Fernandez!  Julian has been featured on shows like First Impressions with Dana Carvey, Laughs on Fox, and has made an appearance on Sports Center with Neil Everett on ESPN. Julian was also chosen out of over 150 comedians to open for KROQ’s Kevin & Bean’s April Foolishness in front of over 6,000 people.  We always include a world-class lineup with our shows, and this week we’ve also got AB Cassidy, Alfred Konuwa, Grace Klein, and Al Gavi 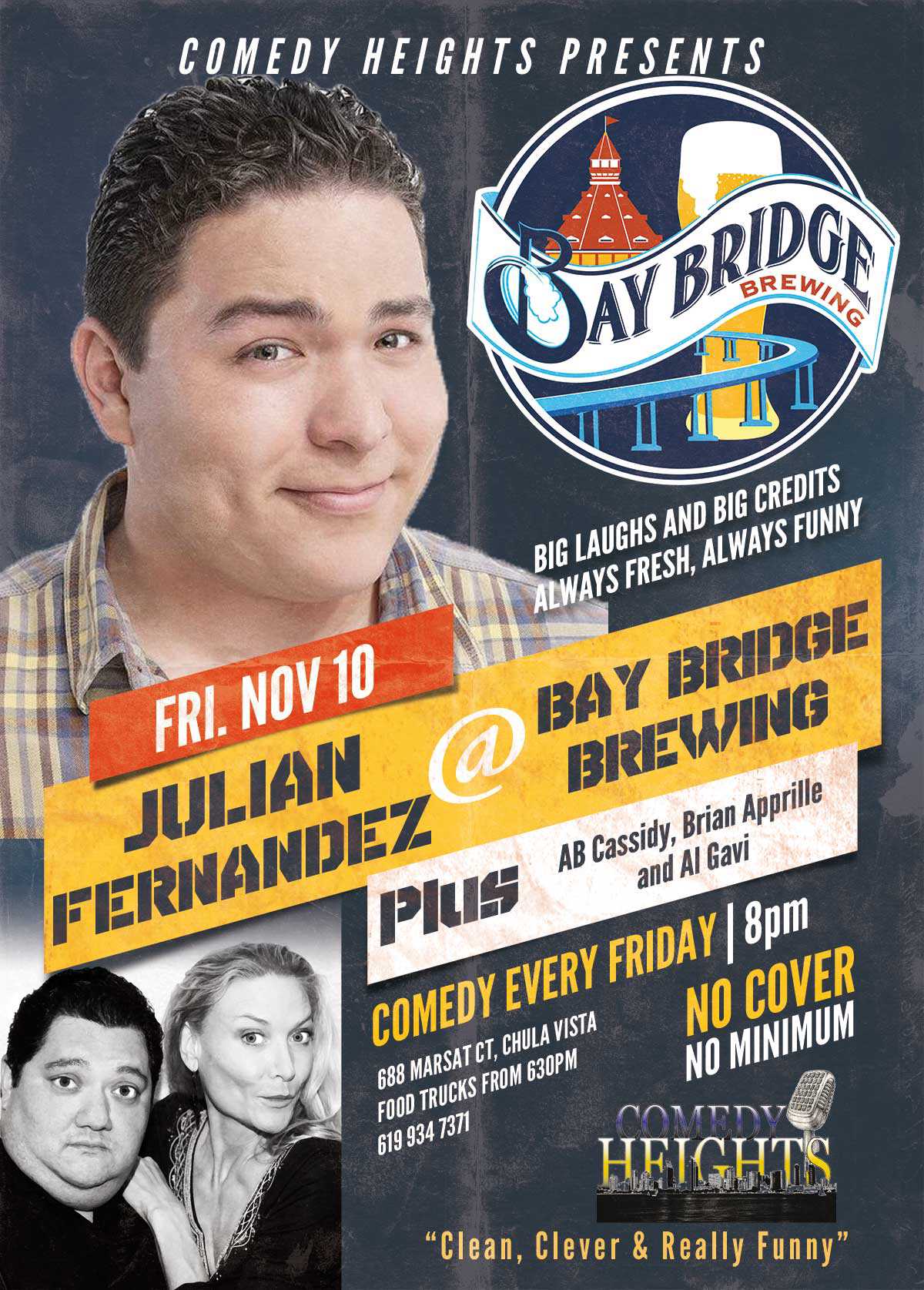