This Friday at Bay Bridge Brewing 8PM! The BEST little brewery in Chula Vista Brings you Ace Guillen! Ace performs regularly in major LA clubs like the Improv, the Laugh Factory, the Comedy Store and countless other venues across the country.  He has starred in theater productions and Independent films, and has also made appearances on XM Satellite radio, NBC, Comedy Central, and was a cast member of “Man Up  Stand Up”,  “Latino 101”, “Stand-Up and Deliver”, the sketch Comedy show “Unacceptable Behavior” on the NuVo TV Network and most recently LAUGHS on FOX! We’ve also got Jessie Johnson, Danielle Arce, Alfred Konuwa and Al Gavi! 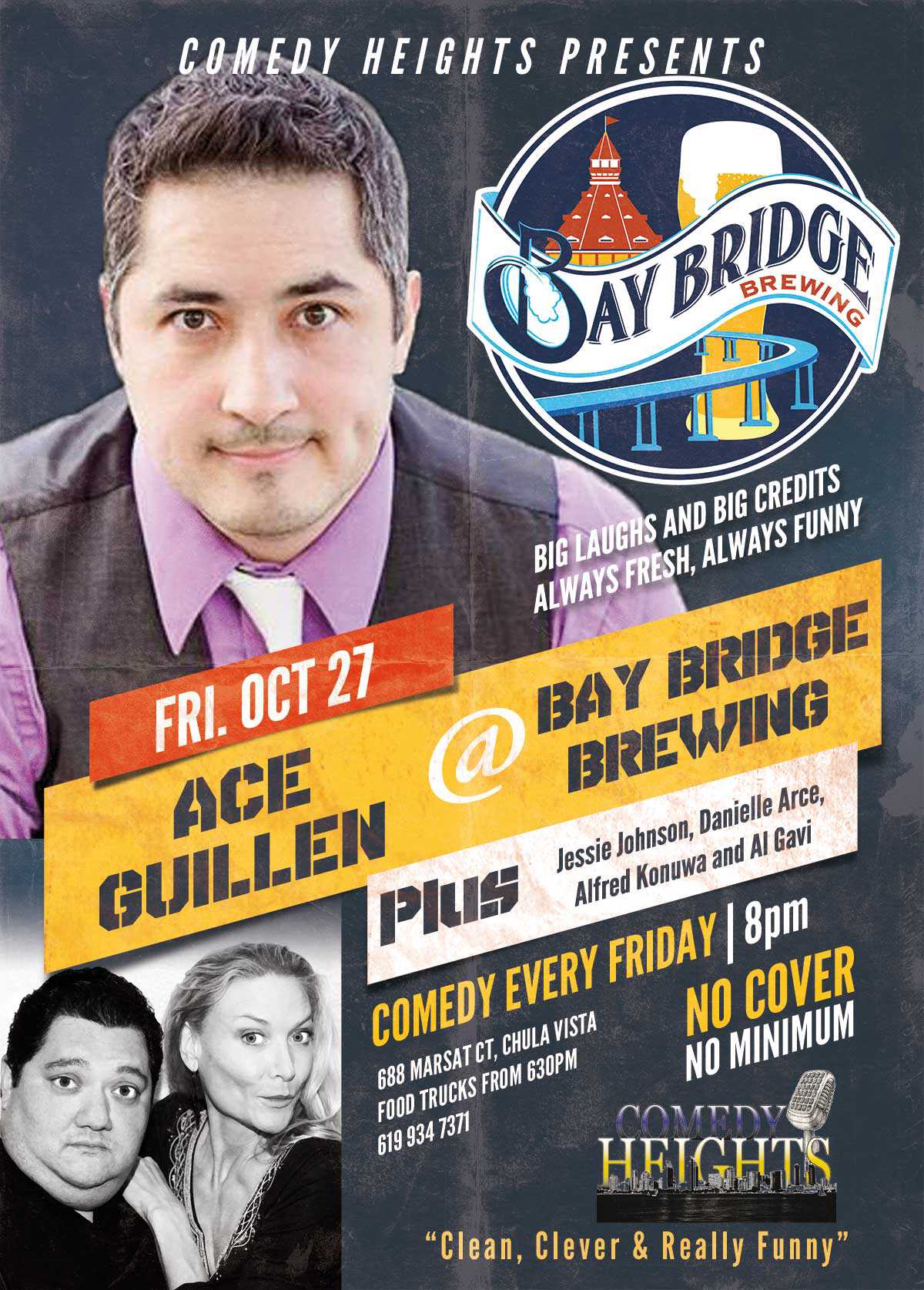