This Friday at Bay Bridge Brewing 8PM! The BEST little brewery in Chula Vista Brings you Eli Nicolas! Eli is one of the fastest rising stars in the LA comedy scene.  He captivates audiences with his cleverly woven material allowing him to grace world famous stages such as the Laugh Factory, the Comedy Store, the Improv, and other high profile venues across the country. Considered to be one of the best young comics on the West Coast, Eli made his national television debut on FOX’s show “Laughs.” Known for his energetic stage presence and his unique voice, Eli continually leaves audiences rolling on the floor in laughter show after show. Naturally, we’re keeping it fresh with the very funny Rick Gene, Lisa Pedace, Maria Herman and Al Gavi 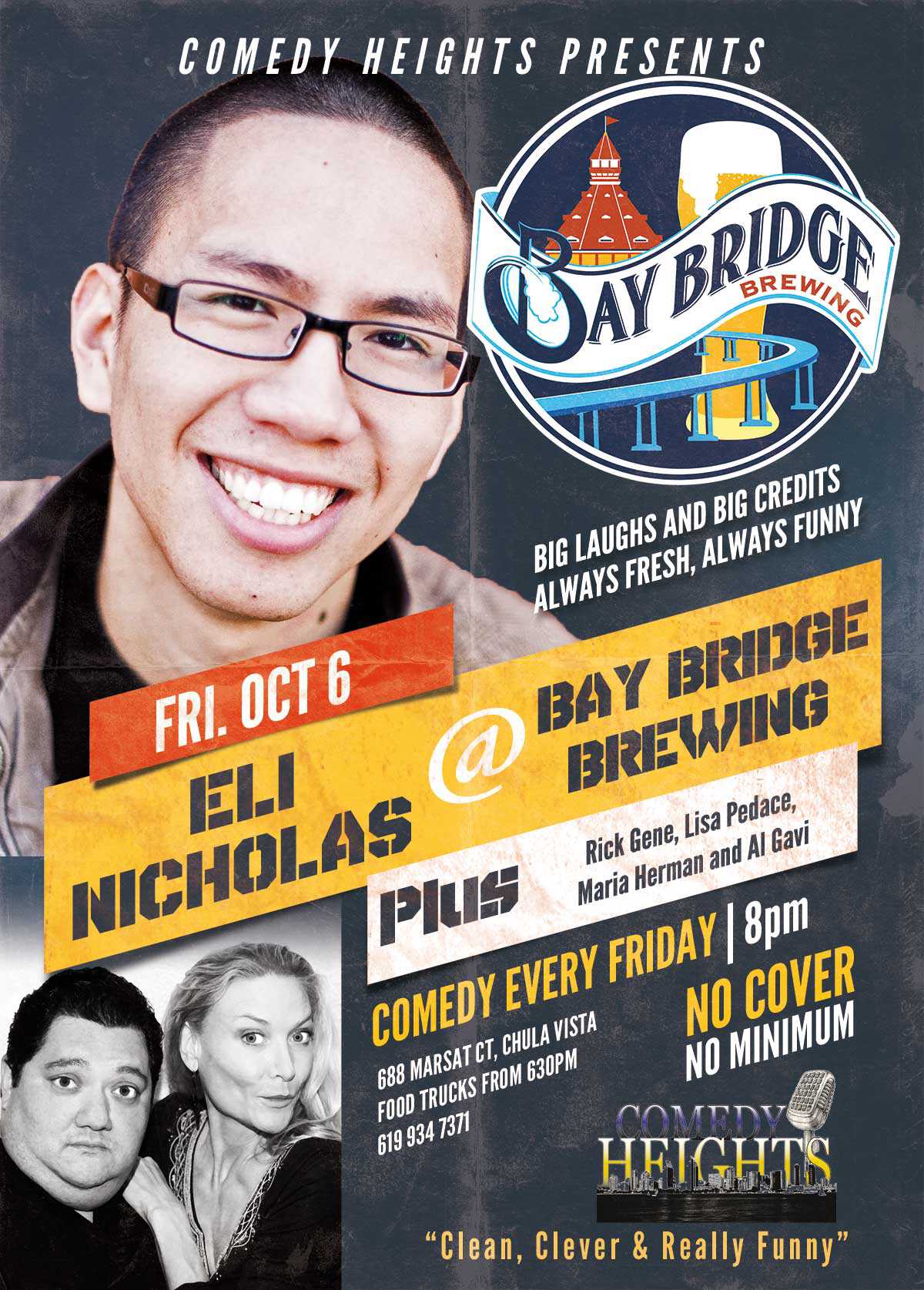