This Friday at Bay Bridge Brewing 8PM! The BEST little brewery in Chula Vista Brings you Dax Jordan! Raised on the fruits of the 80’s standup explosion, his early exposure to everything from Stan Freberg to George Carlin has ingrained Dax with a wide variety of styles and perspectives.  Often the devil’s advocate, but obviously opinionated, he makes his statement by asking questions people are afraid to answer. An ability to tailor the act to crowds from Catholic High School grad parties to lumberjack bars in rural Idaho to hipsters in downtown Seattle has allowed him to take advantage of every opportunity to come his way, including writing jokes for Senator Ron Wyden (D-Or).  He has also appeared in several films and television programs seen internationally. Naturally, we’re keeping it fresh with the very funny Christina Walkinshaw, Armando Torres, Adam Connie, and Al Gavi 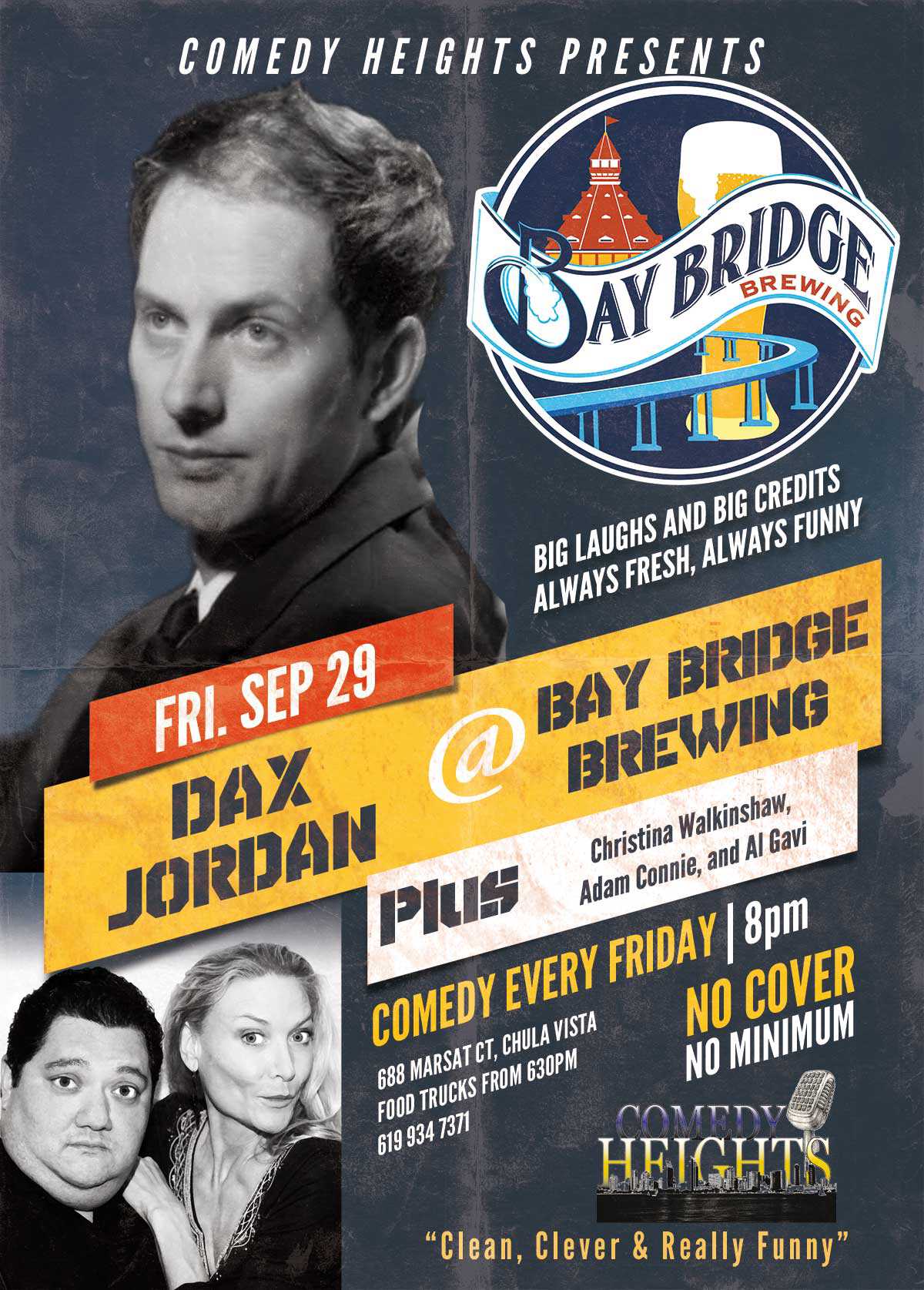