This Friday at Bay Bridge Brewing 8PM! Mark Christopher Lawrence warms the heart of independent  brewing in Chula Vista! Mark regularly headlines Comedy shows around the country, and was one of the most in-demand comics of 2012.Mark also hosted a successful monthly Comedy show at House of Blues San Diego, bringing in Headline comics and musical performers from around the country.  Naturally, we’re keeping it fresh with the very funny Matin Atrushi, Chris Lev, Sarah Lynn, Maria Herman and host Al Gavion the stage! 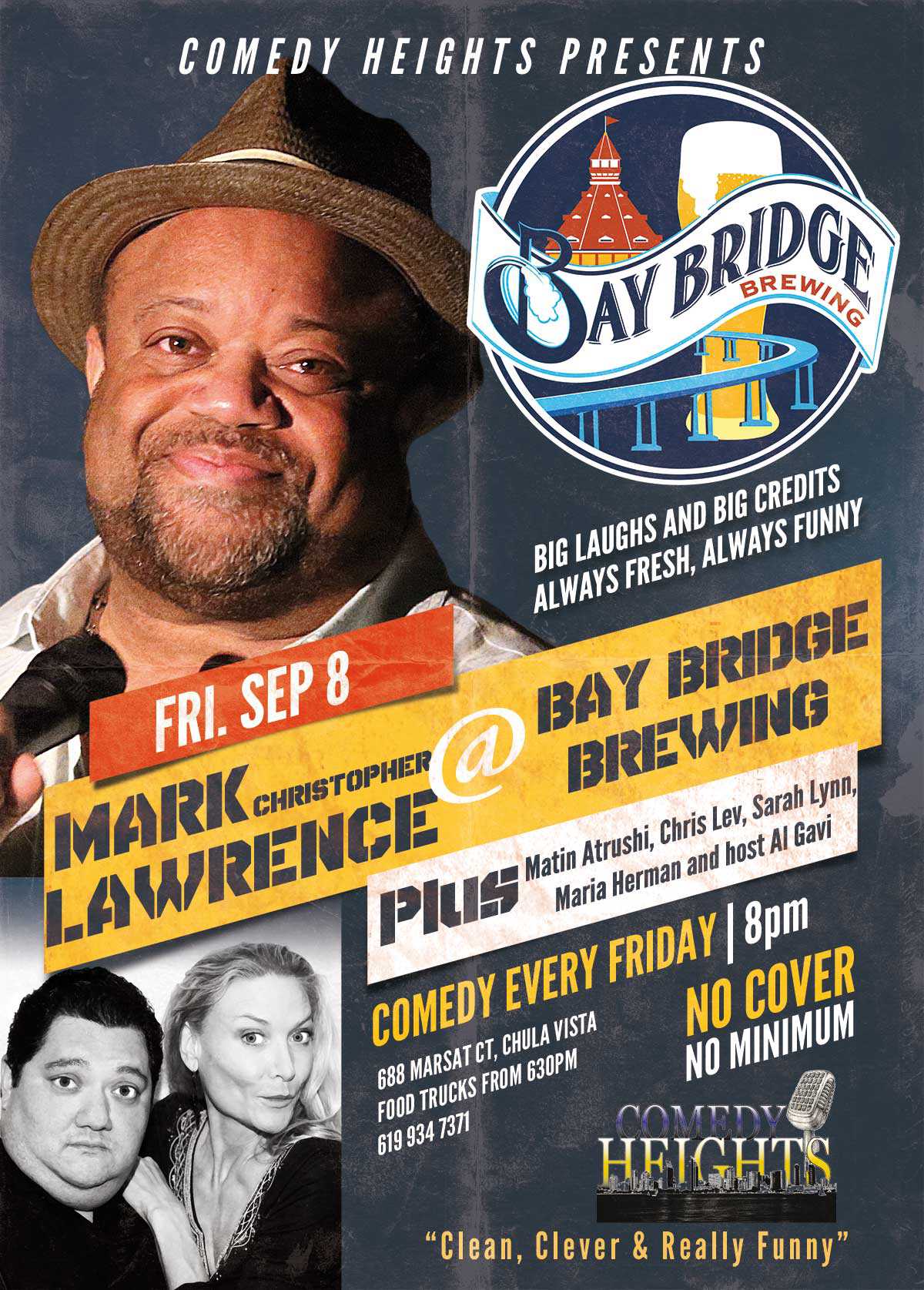