This Friday at Bay Bridge Brewing 8PM! Patrick Deguire comes to the GREATEST independent little brewery in Chula Vista! Patrick’s brand of comedy is both original as well as insightful.  It is all about living in a world with considerable disability and combating the challenges that come along with this situation.  Pat’s comedy is infused with reality, wherein he talks about his marriage, the difficulties of being a stay-at-home father and raising young children. Naturally, we’re keeping it fresh with the very funny Johnny Herrera, Jessica Bertrand, Carlos Mendez, Maria Herman and Al Gavi on the stage! 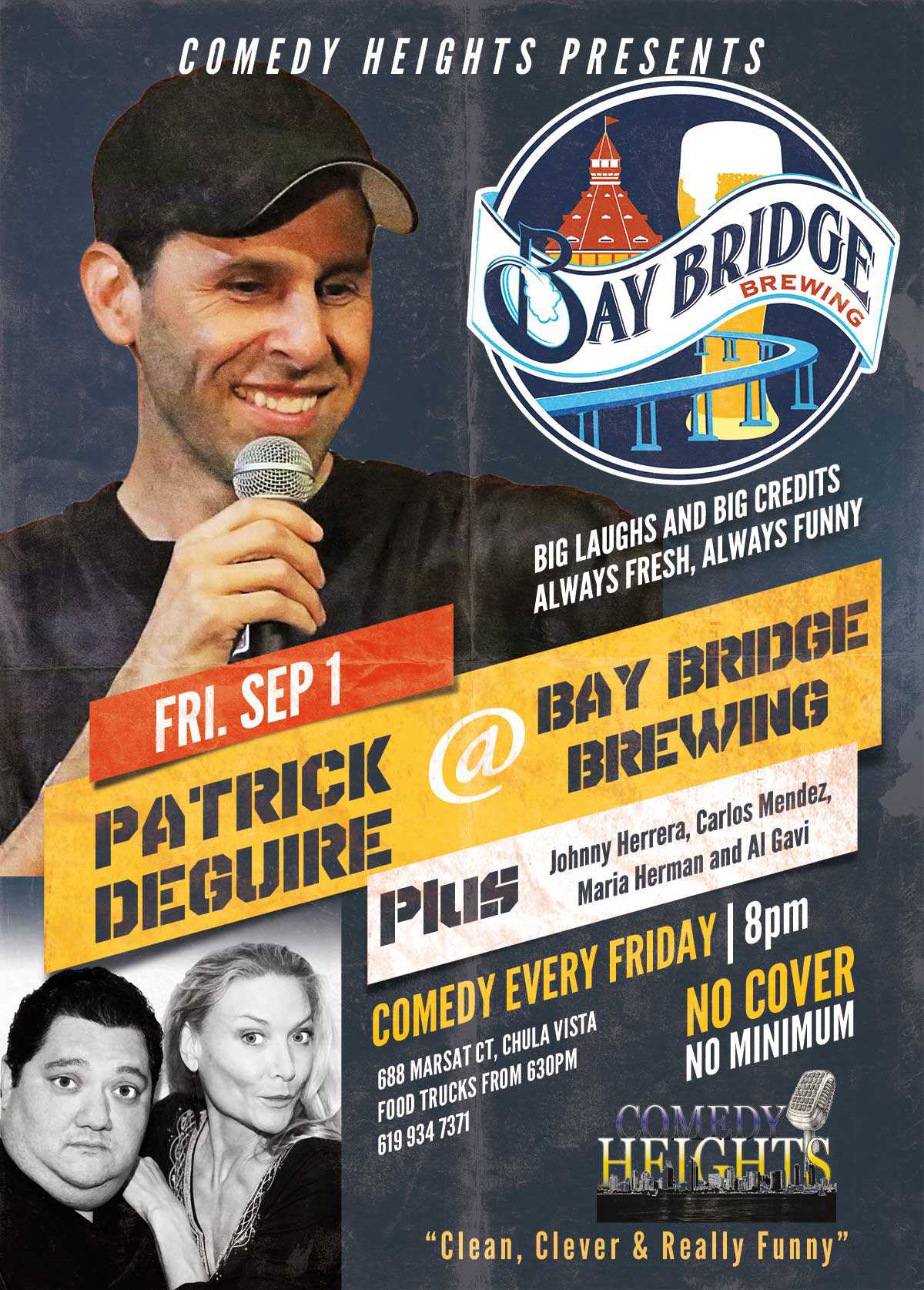