This Friday at Bay Bridge Brewing 8PM! Originally from New York, Linton has performed at clubs and venues across the US, bringing a repertoire of jokes from built years of shifting cultural experiences and reflections. He’s genuinely hilarious, and one of our favorite comics to bring up to our stage. Naturally, we’re keeping it fresh with the very funny Connor McSpadden, and Maria Herman in the mix! 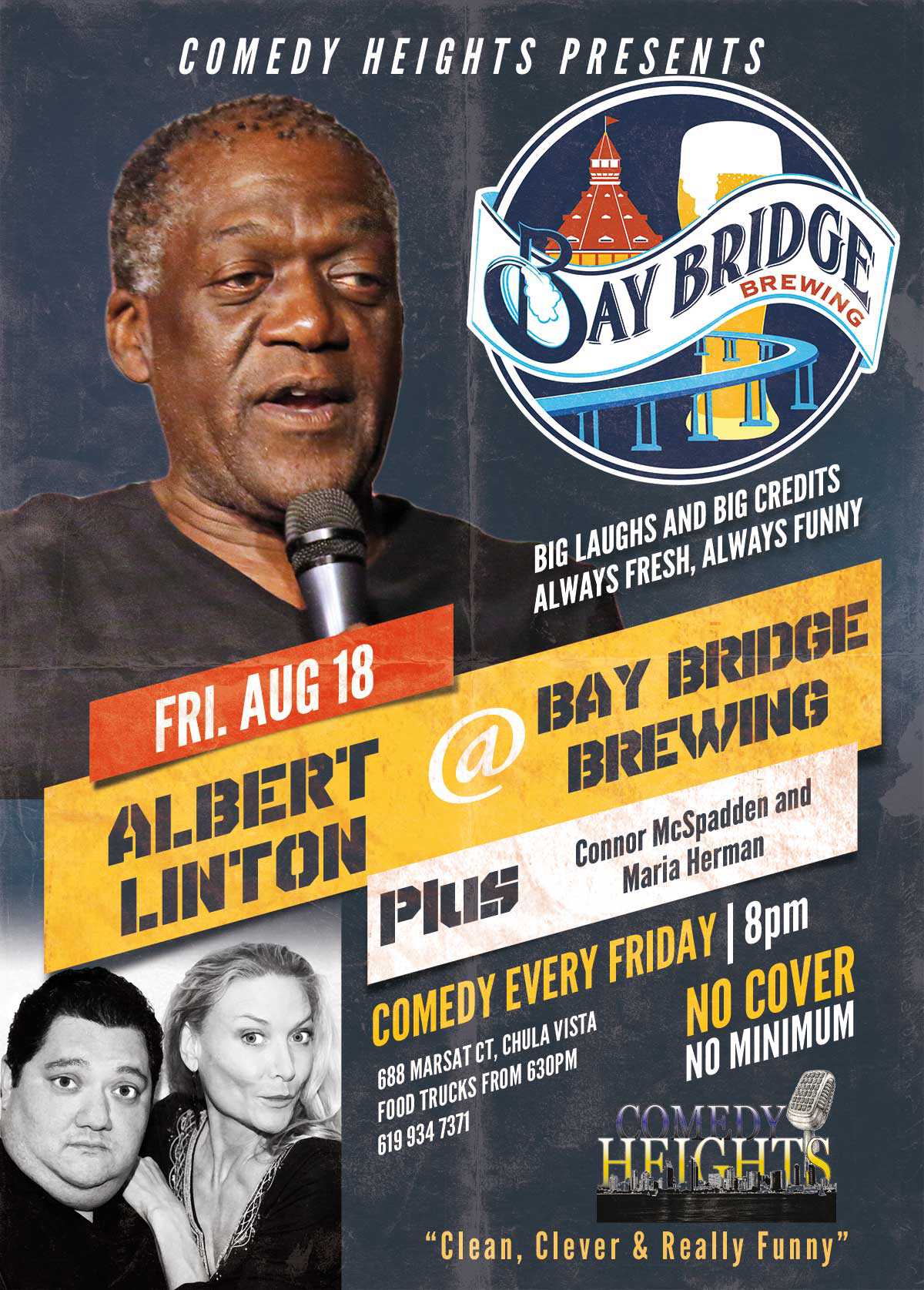