This Friday at Bay Bridge Brewing 8PM! As seen on The Late, Late Show, Comedy Central, and Comics Unleashed, writer and stand-up Dana Eagle comes to the Heights! She’s fierce, weird, witty, and an absolute joy to watch. In addition to stand-up acts across the US, Dana has written a full book of dark humor, and even became a contributing writer on Comics Unleashed. We’ve also got Andrew Tarr, Tony Calabrese, Al Gavi and Maria Herman, so come on out! 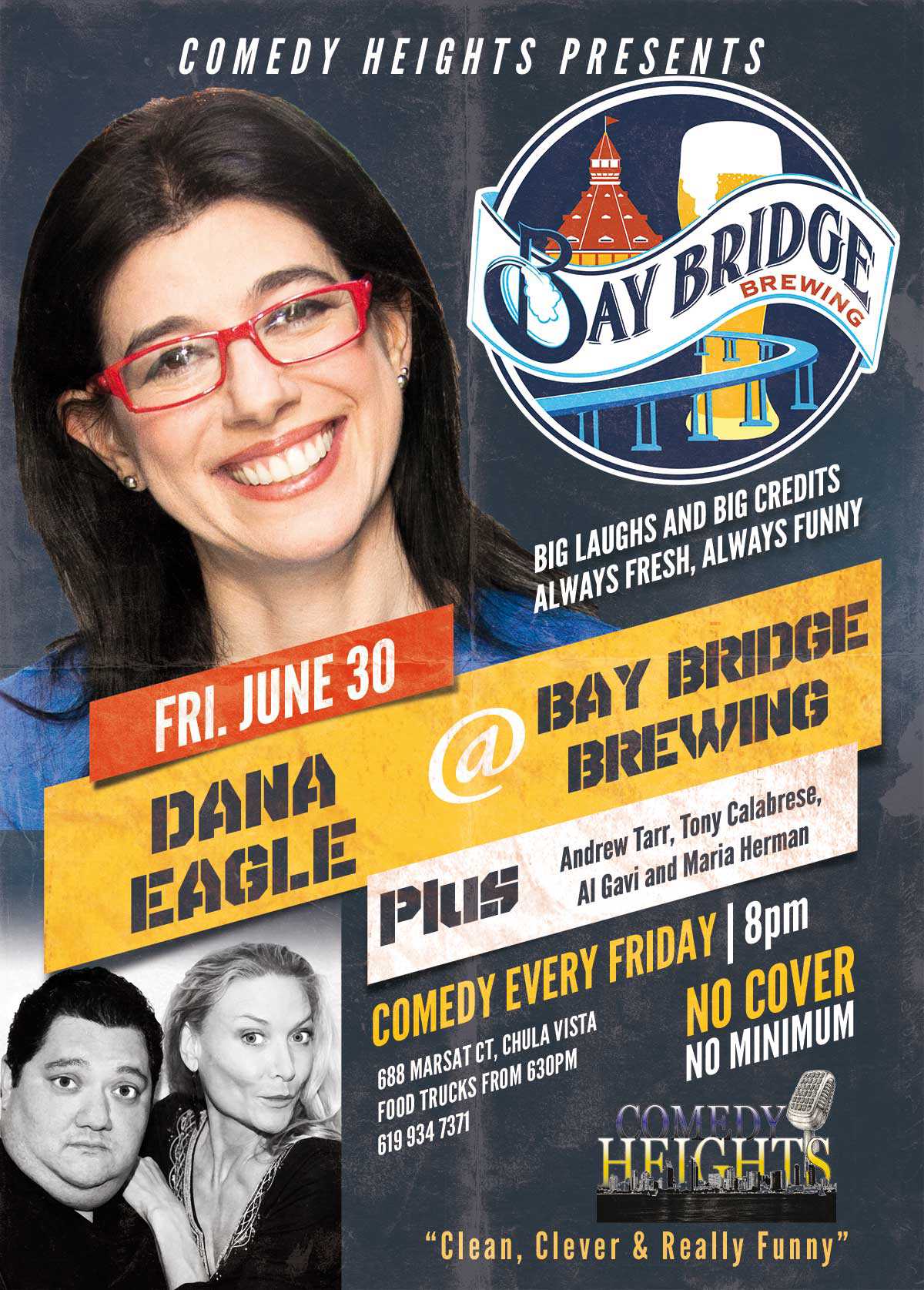