This Friday at Bay Bridge Brewing 8PM! One of the brightest comedy acts out of the bay area comes to the Comedy Heights stage: Keon Polee!  When he’s not sweeping up accolades and comedy competitions stateside, Keon can be seen performing for the troops internationally, or you can hear his uproarious sets on Sirius, Spotify, and Pandora. We’ve also got Tre Stewart, Cameron Frost, Matin Atrushi, Al Gavi and Maria Herman! 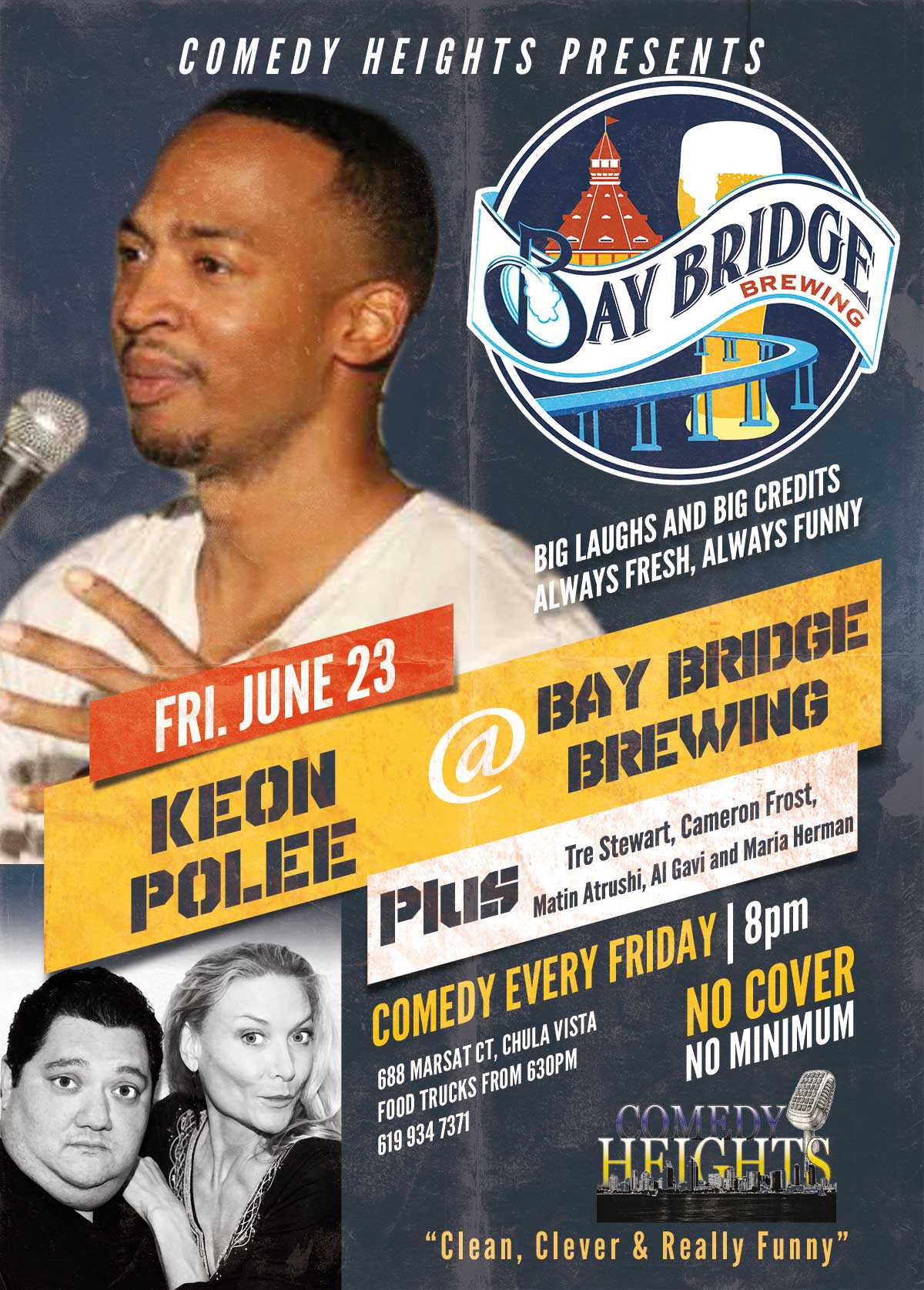