May 26th at Bay Bridge Brewing!

This Friday at Bay Bridge Brewing 8PM! Patrick Garrity headlines the Best Little Brewery in Chula Vista! An energetic and charismatic storyteller, Patrick draws from his years in the military and growing up as a younger brother to create a hilarious and original show that we’re sure you’ll love. We’ll also have Paige Weldon, Zara Khan, Adam Corrigan and Maria Herman on the brewery stage, so join us! 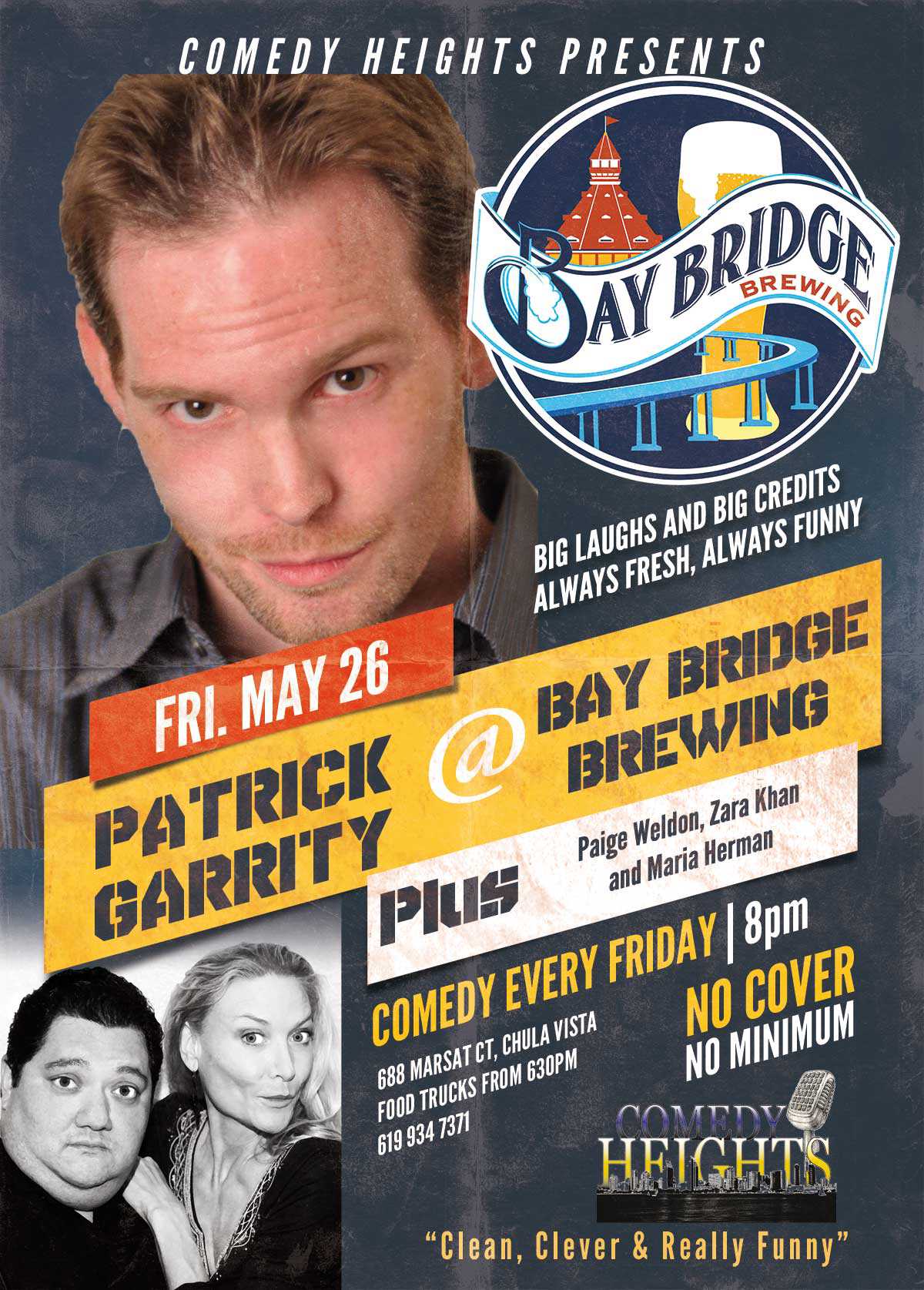