May 19th at Bay Bridge Brewing!

This Friday at Bay Bridge Brewing 8PM! Jeff Hodge headlines the Best Little Brewery in Chula Vista! Jeff is a tremendously multi-talented comedian, who has not only opened for George Lopez and Arsenio Hall, but has also produced several successful independent projects and a monthly comedy show in Pasadena! We’ll also have Sayrie, Luis Juarez, Tommy McGuan, Al Gavi and Maria Herman on the brewery mic, so be there! 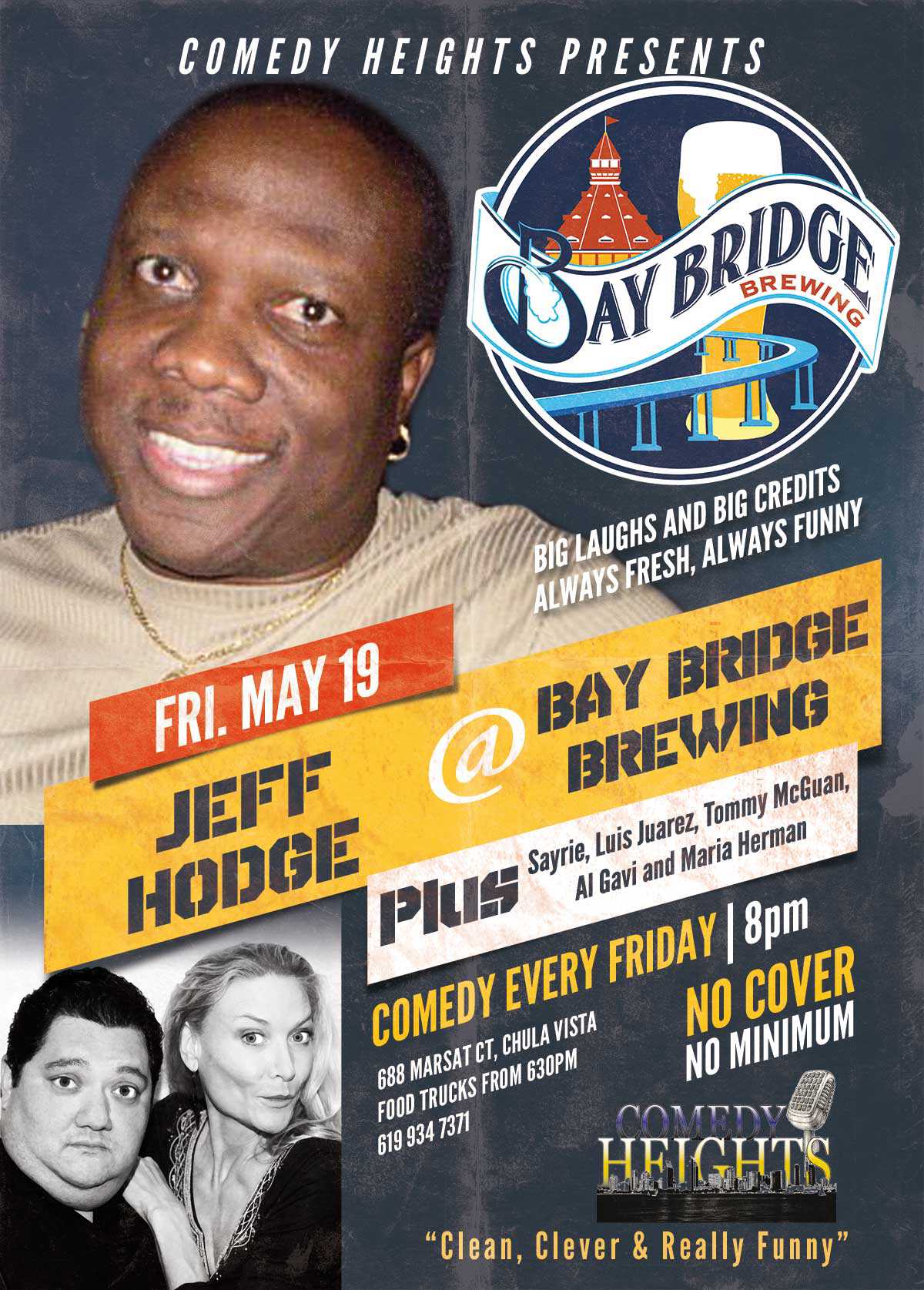