This Friday at Bay Bridge Brewing 8PM! Johnny Herrera! The best little brewery in Chula Vista is hosting Johnny Herrera, a hilarious ex-fat kid and SoCal favorite. He’s got almost as much energy as he does hair, and always puts on great show. To top it off, Comedy Heights is filling out our lineup with Mateen Stewart, James Shrader, Al Gavi, and Maria Herman! 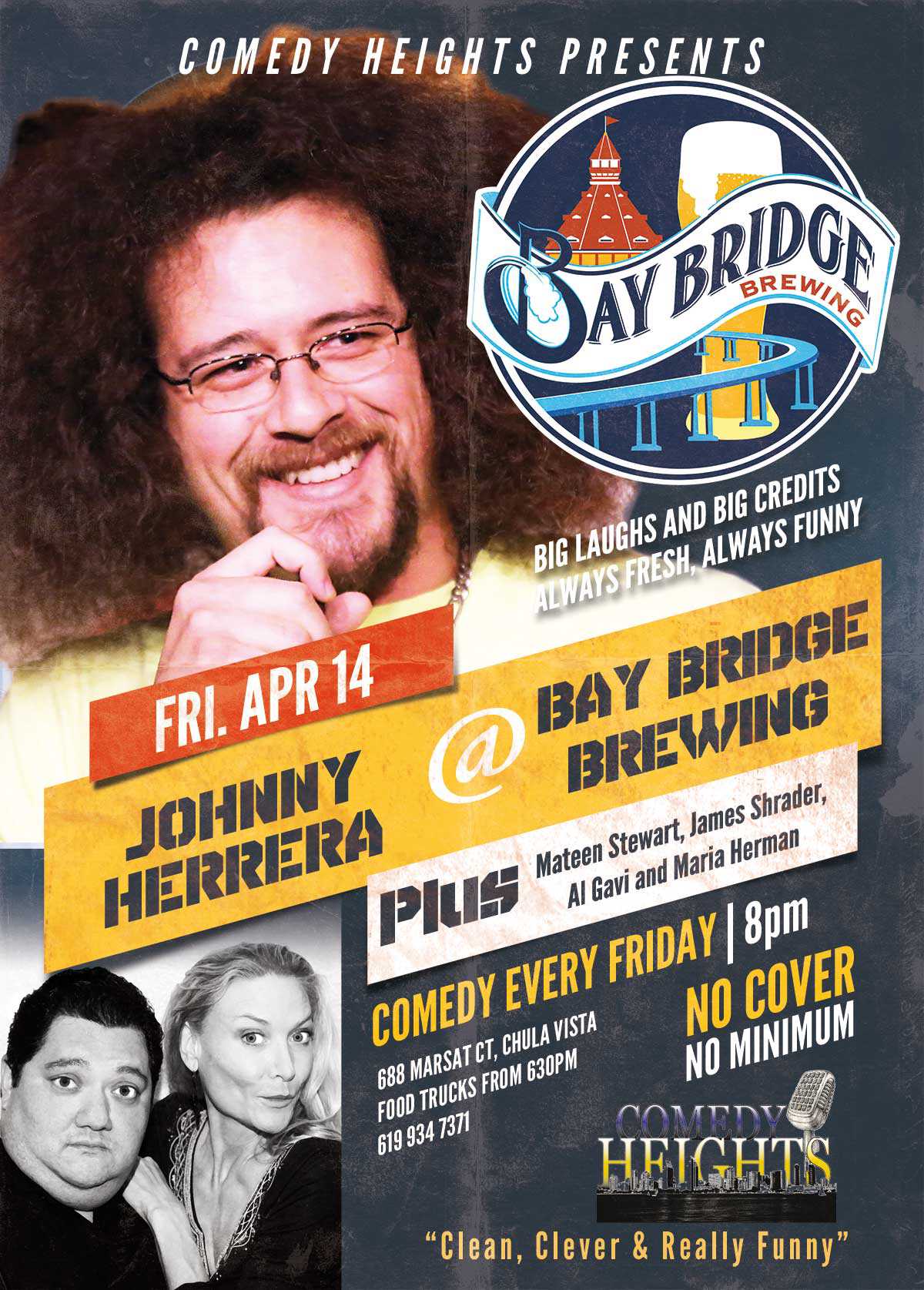