This Friday at Bay Bridge Brewing 8PM! Sean Williams! He’s got a self-deprecating and self-aware act that’ll have you thinking and laughing forcefully. Our headliner at The Best Little Brewery in Chula Vista this week came up in the comedy world as an LA act, and has the club credits to show for it. But he’s not alone, this SEVEN man show also has Ryan Shores, Sam Lopez, Brendan Gay, Abby November, Maria Herman, and Al Gavi! 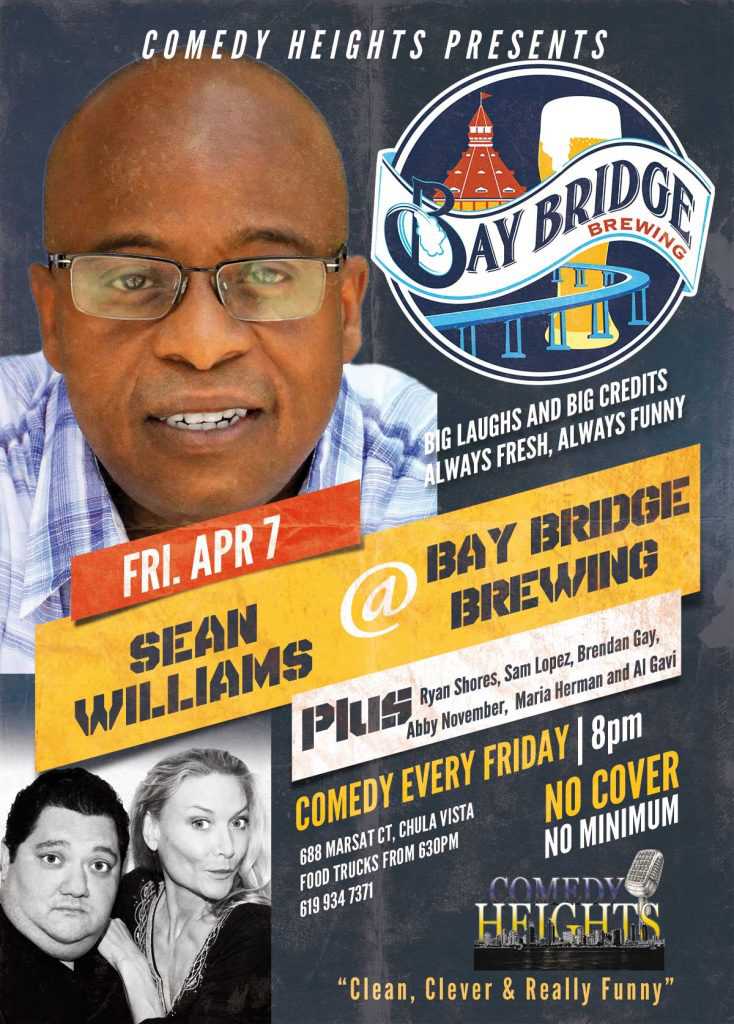