This Friday at Bay Bridge Brewing 8PM! Brent Pella comes the Comedy Heights stage! Pella is un uproarious and upbeat comic who performs around the country at comedy festivals and shows. He also produces hilarious videos that have appeared on sites like Funny or Die and College Humor. We’ve also got Adam Connie, Raul Zambrano, Bebos Rafael, and Al Gavi 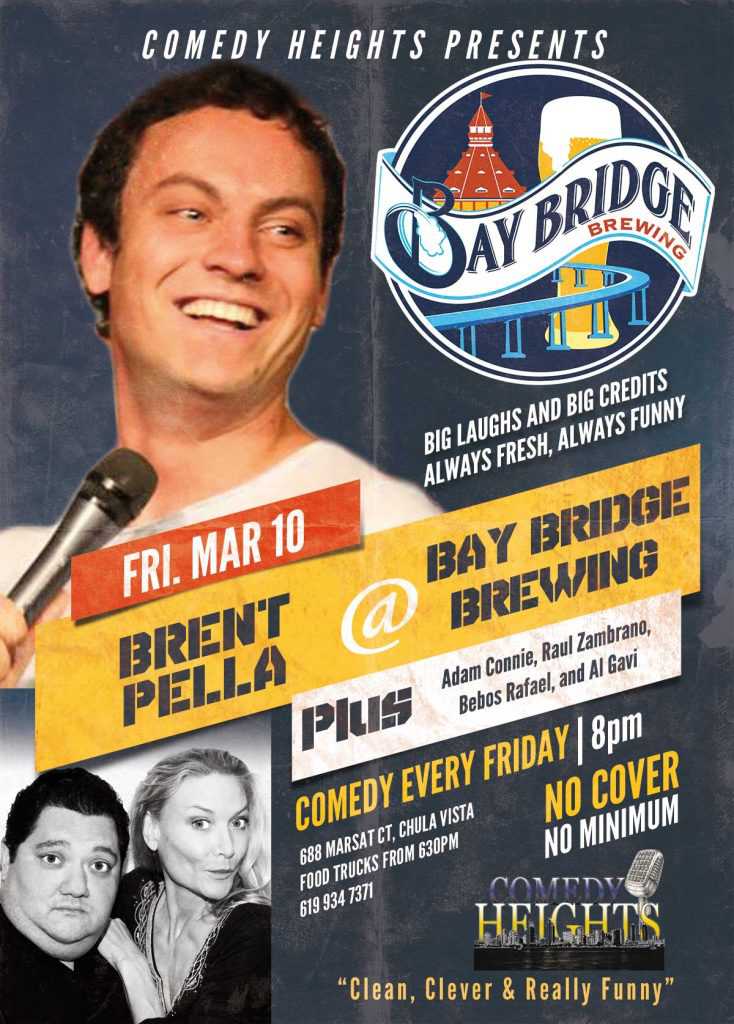