This Friday at Bay Bridge Brewing 8PM! Comedy Heights presents Mark Christopher Lawrence! Mark is known for his role as “Big Mike” on the hit NBC show “Chuck”, he’s also been on Glee, Heroes, Seinfeld, and My Name is Earl. He regularly headlines major shows across the country, and we’re trilled to have him. We’ve also got Alan Henderson, Chris Lev, Manish Gupta, Al Gavi and Cat Alvarado. 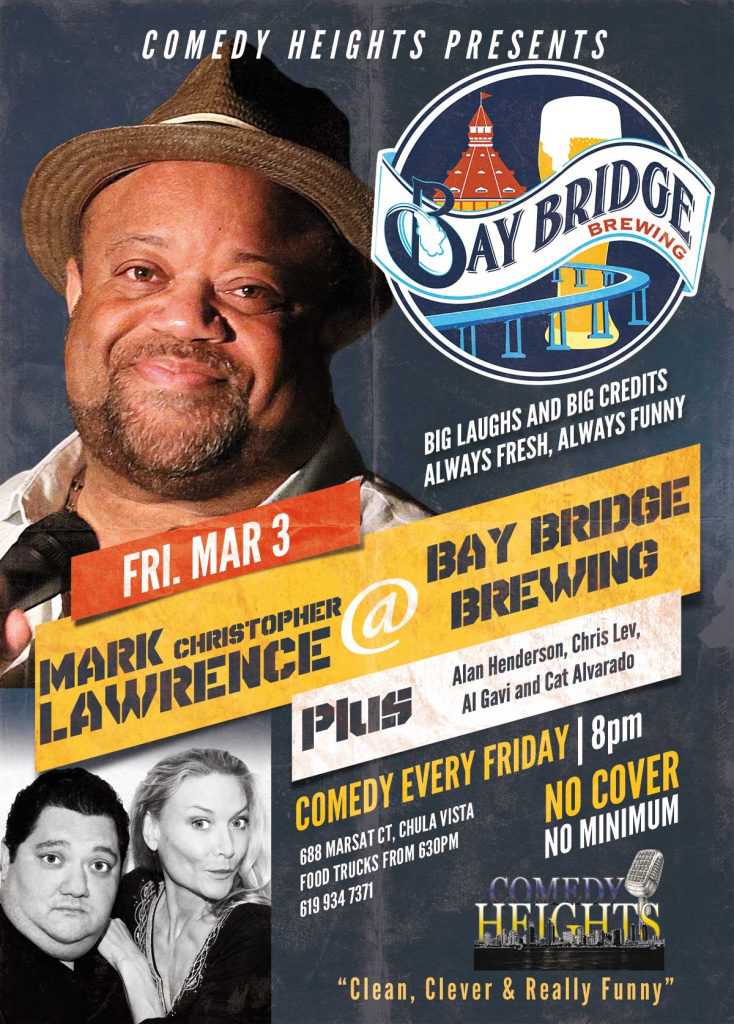