This Friday at Bay Bridge Brewing 8PM! Comedy Heights presents Keith Carey! Carey is a  comic rising out of the LA scene with a distinctive and clever blend of social commentary and personal stories. He produces the monthly “Warp Zone” show and regularly participates in roast battles at the Comedy Store. We’ve also got Maher Matta, David Wizer, Tommy Mosely, Maria Herman, and Al Gavi stepping up to the mic, so be there! 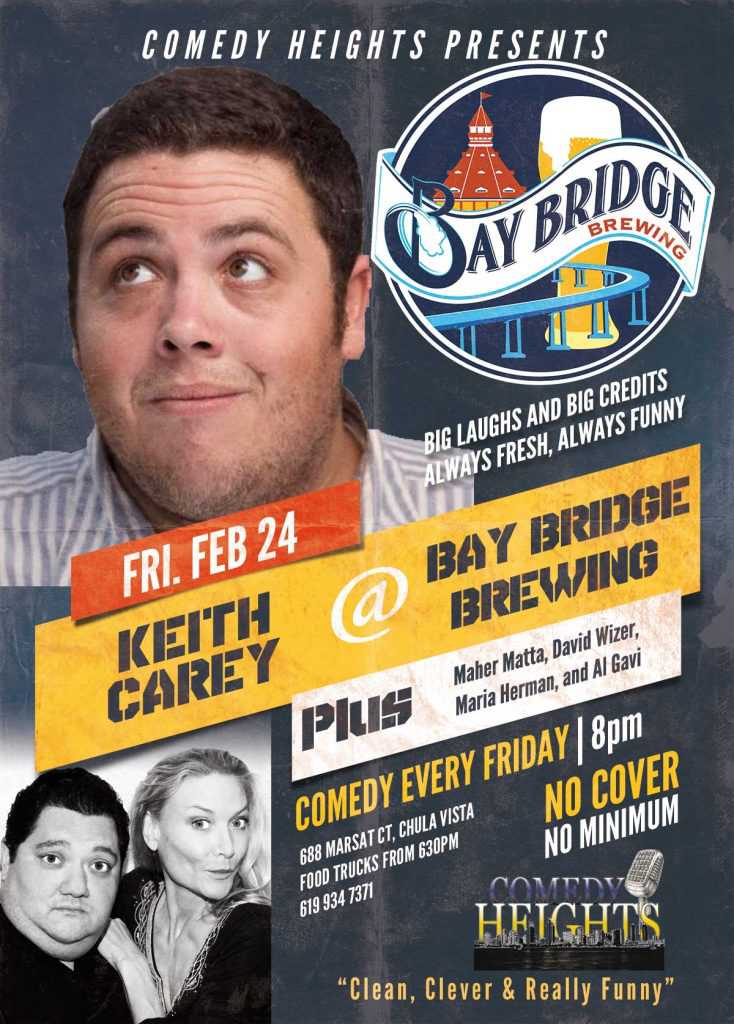