This Friday at Bay Bridge Brewing 8PM! Comedy Heights presents Sean Leary! Leary is a rapidly ascending star in the comedy Universe – he started out as a radio personality in St. Paul Minnesota and in the span of 4 years became a paid regular at the legendary Ice House in Pasadena. He’s even appeared on the nationally broadcast TV show, LAUGHS on Fox. We’re thrilled to bring him up this week alongside Ann Simeri, Sue Shirey, Andrew Tarr, Lisa Gilbert, Al Gavi, and our host, Maria Herman. 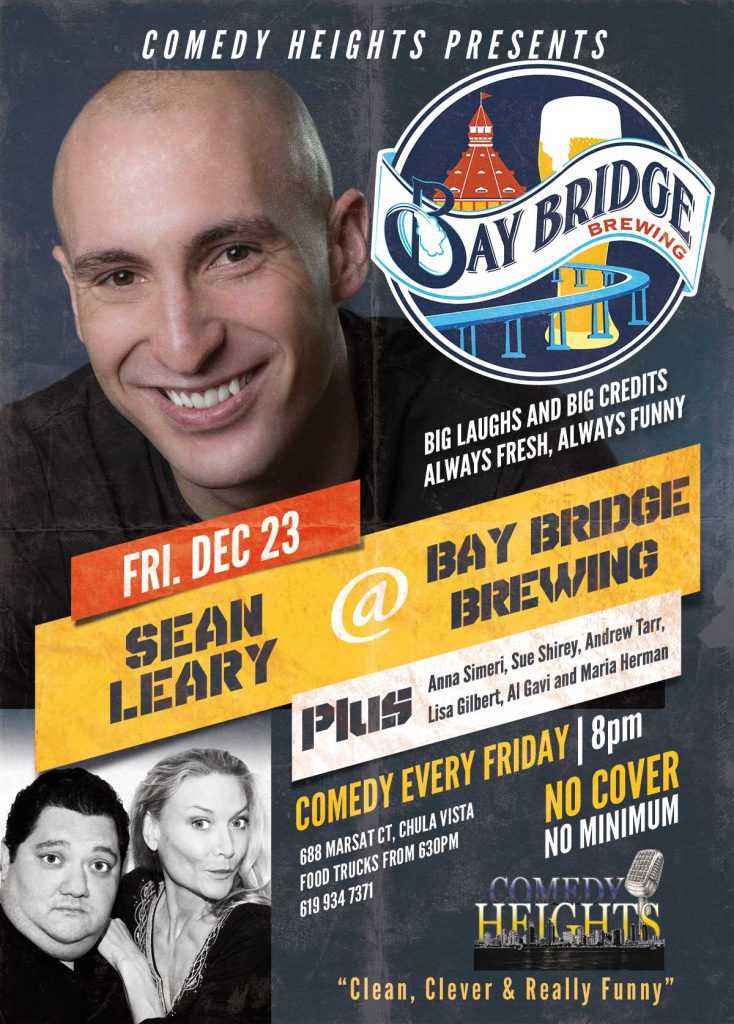