This Friday at Bay Bridge Brewing 8PM! Comedy Heights presents Steven Briggs! Briggs is a hilarious LA-based actor and comedian who electrifies audiences with his incredible storytelling abilities. He’s taken his act across the US, performed for our troops overseas, and will be at the best little brewery in Chula Vista this Friday! We’re also bringing Allison Gill, Ehsan Ahmad, John Hill, and Maria Herman to our stage, so come on down! 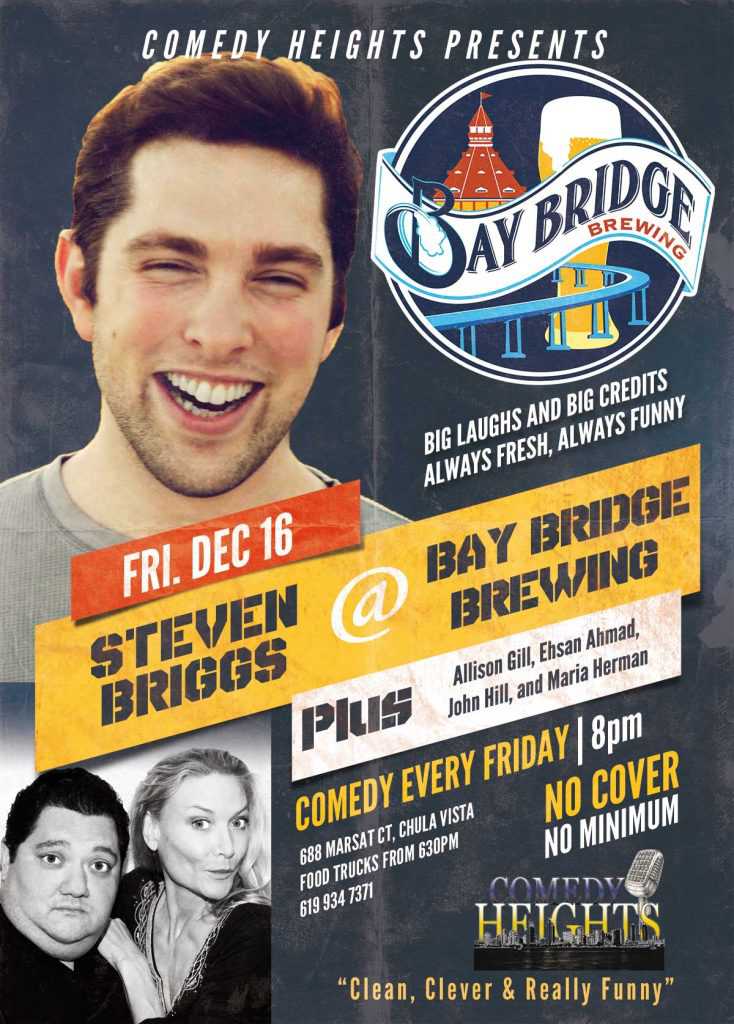