This Friday at Bay Bridge Brewing 8PM, Comedy Heights proudly presents Albert Linton! Raised in New York City and delighting audiences as an actor and comedian since the 70s, Albert developed his craft by drawing from the shifting culture and environment of that time. With diligence and a desire to spread laughter, he has earned appearances alongside Ralphie May, Jeff Garlin, and Eric Griffith. He also regularly performs at the Comedy Store in La Jolla and tours the country with his unique storytelling and self-deprecating humor. We’re rounding out our evening with the hilarious Brian Blank, Alan Henderson, Mocha Rose and Al Gavi! 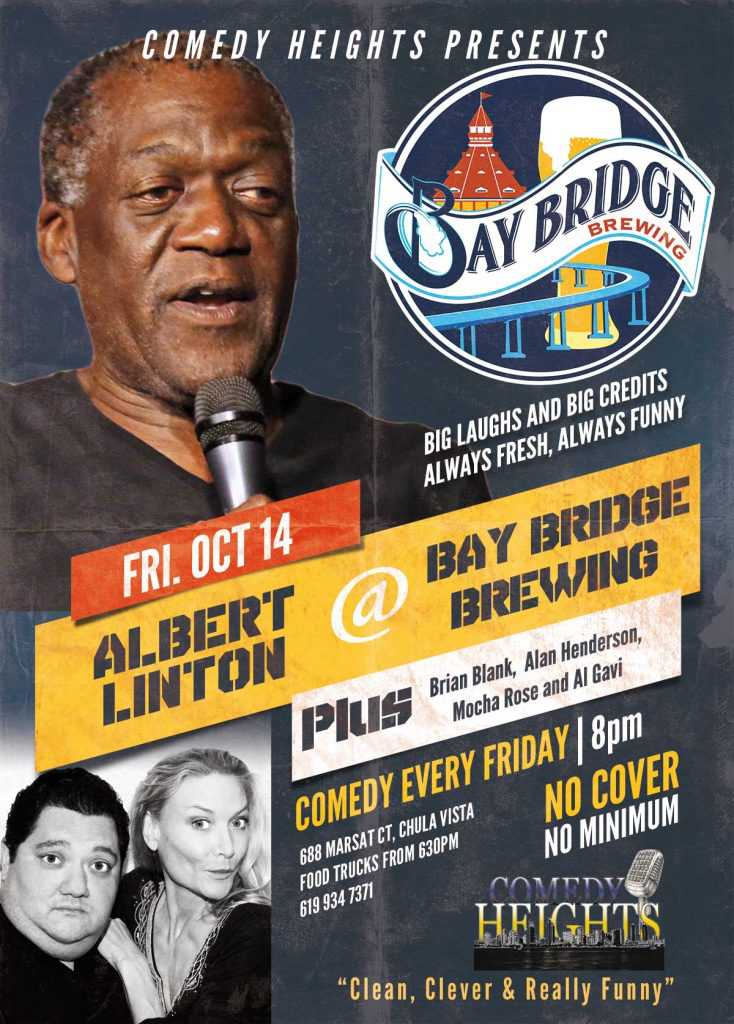